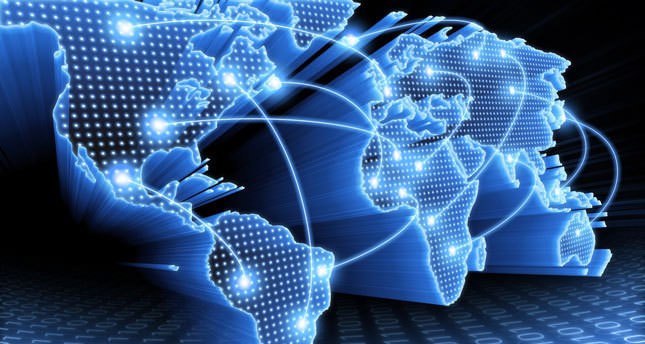 by May 15, 2014 12:00 am
WASHINGTON D.C. — US regulators voted Thursday for a controversial proposal that would allow Internet "fast lanes" while leaving open the possibility of tougher regulations to protect online access. Amid demonstrations outside its meeting and following weeks of lobbying from various groups, the Federal Communications Commission voted 3-2 in favor of the new rules, which still must go through a public comment period before being finalized.

The plan, which aims to replace rules struck down by a US federal court, seeks to keep some principles of "net neutrality" -- the notion that all online traffic should be treated equally -- while allowing commercial deals authorizing companies to pay for faster Internet access.
The FCC said the proposed rules may allow special deals for priority access but that each would be examined for "commercial reasonableness."

At the same time, the commission said it was keeping open the possibility of regulating Internet access as a public utility, which could give the FCC much greater authority over Internet access providers. The plan is touted as a means to preserve an "open Internet," but did not placate activists on either side of the issue -- those who want a guarantee of equal access, and those seeking less regulation that allows deals for faster speeds.

Michael Weinberg of the activist group Public Knowledge said the proposal "remains insufficient to guarantee a truly open and neutral Internet." He said the proposal "would create a two-tier Internet where 'commercially reasonable' discrimination is allowed on any connections that exceed an unknown 'minimum level of access' defined by the FCC. A two-tier Internet is anathema to a truly open Internet."

Scott Cleland, a consultant and chairman of the business group NetCompetition representing telecom and Internet firms, said the plan "is a blueprint for unnecessary uncertainty." Cleland said regulating the Internet as a utility "would require every business decision of consequence to be approved by the FCC..."

"Ironically, the obvious unintended consequence here would be to put the American part of the Internet in the slowest lane filled with interminable speed bumps, potholes, stop lights, and inspection stations," he added.

Debate on the issue became muddled earlier this year when Netflix signed a deal with Comcast to pay for improved network access, even though the company has long opposed the notion of "tolls" on the Internet. The proposal appeared likely to generate more protests such as the one outside FCC headquarters, where several hundred people banged drums and carried signs reading "Save the Internet."

"If we start creating express lanes on the Internet, they're only going to be reserved for a small handful of big companies and those that can afford to pay them huge, huge rates," said Craig Aaron, president of the activist group Free Press.

The political action group MoveOn called for protests of the decision at 19 FCC regional offices.

"An open Internet levels the playing field in our democracy and that's why it's so alarming that the FCC is moving forward chairman Tom Wheeler's proposed rules that would break President Obama's promise to uphold net neutrality -- rules that could destroy the Internet as we know it," said MoveOn campaign director Victoria Kaplan.

Michael Beckerman at the Internet Association said the group representing major Web firms like Google and Yahoo "will advocate for the FCC to use its full legal authority to enforce rules that lead to an open Internet -- nothing should be taken off the table as this discussion evolves."

Doug Brake at the Information Technology and Innovation Foundation, a Washington think tank, praised the FCC, saying "the case-by-case approach allowing for limited prioritization of certain types of traffic, presented in the proposed rules, ultimately benefits the Internet as a whole and in no way threatens its openness."