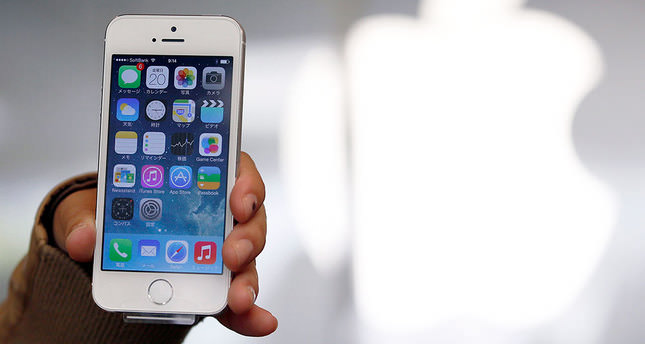 by Aug 12, 2014 12:00 am
Apple Inc has been discussing how its "HealthKit" service will work with health providers at Mount Sinai, the Cleveland Clinic and Johns Hopkins as well as with Allscripts, a competitor to electronic health records provider Epic Systems, people familiar with the discussions said.

While the talks may not amount to anything concrete, they underscore how Apple is intent on making health data, such as blood pressure, pulse and weight, available for consumers and health providers to view in one place.

Currently, this data is being collected by thousands of third-party health care software applications and medical devices, but it isn't centrally stored. Apple also hopes physicians will use this data to better monitor patients between visits - with the patient's consent - so the doctors can make better diagnostic and treatment decisions.

Apple has not divulged much specific detail on HealthKit, which is expected to be incorporated into the iPhone 6 come September. But Apple intends HealthKit to become a lynchpin in a broader push into mobile healthcare -- a fertile field that rivals Google and Samsung are also exploring.

The iPhone maker has previously disclosed partnerships with Nike Inc, Epic, and the prestigious Minnesota-based Mayo Clinic, which boasts a suite of mobile apps. Mayo is reportedly testing a service to flag patients when results from apps and devices are abnormal, with follow-up information and treatment recommendations.

Dozens of major health systems that use Epic's software will soon be able to integrate health and fitness data from HealthKit into Epic's personal health record, called MyChart, according to a person briefed by Apple. Kaiser Permanente is currently piloting a number of mobile apps that leverage HealthKit, two people have said, and is expected to reach out to Apple to discuss a more formal partnership.

"Apple is going into this space with a data play," said Forrester Research's health care analyst Skip Snow. "They want to be a hub of health data."

But some implementations with HealthKit may be a challenge due to a web of privacy and regulatory requirements and many decades-old IT systems, said Morgan Reed, executive director of ACT, a Washington-based organization that represents mobile app developers.

"Everybody is knocking on the door," he said. "But I doubt that HealthKit will merge with all the existing systems."

Apple declined to comment on upcoming partnerships for HealthKit. An Allscripts spokesperson said it did not publicly discuss contractual or prospective agreements. Mount Sinai and Johns Hopkins' press officers had no information to share at this time.

Cleveland Clinic associate chief information officer William Morris said the clinical solutions team is experimenting with HealthKit's beta and is providing feedback to Apple. HealthKit and related services could become a means for some technology teams at budget-strapped hospitals to save time and resources, as mobile developers won't have to integrate with dozens of apps and devices like fitness trackers or Glucometers as they have to now, he said.

Kaiser Permanente's Brian Gardner, who leads a research and development group responsible for Kaiser's mobile offerings, said many physicians are thinking about how to leverage patient-generated data from apps and devices.

"Apple has engaged with some of the most important players in this space," said Gardner. "Platforms like HealthKit are infusing the market with a lot of new ideas and making it easier for creative people to build for health care."

Apple has taken pains to ensure that consumers are aware of how data is being collected and stored, said Jim Taschetta, chief marketing officer at iHealth Lab. For instance, an optional toggle will let patients decide if they wish to share data from third-party apps with Apple's main health app. And if patients choose to store sensitive health data in iCloud, it's encrypted when they're in transit and at rest, one Apple employee said.

"It is consumer controlled and can be turned on or off at any time from the app that collects the data from the original source," Taschetta said.

Health developers say Apple will not be immune to the challenges they have faced for many years, starting with safeguarding consumer privacy. And along with physicians and consumers, Apple will have to juggle the requirements of regulators at federal agencies or departments. Digital health accelerator Rock Health estimates that at least half a dozen government offices have a hand in some facet of mobile health.

HealthKit relies on the ability of users to share data. But depending on how that data is used, its partners - and potentially even Apple - may be subject to the requirements of the Health Insurance Portability and Accountability Act, or HIPAA.

HIPAA protects personally-identifiable health information - such as a medical report or hospital bill - stored or transmitted by a "covered entity," like a care provider or health plan. Patient-generated information from a mobile app, for instance, has to be protected once the data is given to a covered entity or its agent.

Joy Pritts, recently-departed chief privacy officer for the Office of the National Coordinator for Healthcare IT (ONC), said Apple may need to re-determine its responsibility to safeguard data with each new partnership.

For instance, if Apple and Nike team up to collect running data, neither would be subject to HIPAA, she said. But if Apple gets and stores clinical information on behalf of the Mayo Clinic, both would likely have to abide by HIPAA.

"It is really difficult for consumers to know if their health information is protected by HIPAA because it's so dependent on the specific facts," Pritts said.

To smooth its path at a time when some other high-profile health-oriented initiatives have run into trouble in Washington - including the U.S. Food and Drug Administration's decision to crack down on genetic testing firm 23andMe -- Apple has consulted or hired health experts and attorneys, who are well-versed on privacy and regulatory requirements. Senior officials have paid a visit to key government offices, including the FDA and the ONC. Apple is expected to roll out HealthKit, so that providers - and not Apple -- are responsible for adhering to privacy requirements.

But there's the question of reliability. Joshua Landy, a Toronto-based internal medicine and critical care doctor, said physicians will need to learn over time which apps are useful for clinical purposes and safe to recommend to patients. This problem will grow in coming months with hundreds of new mobile medical apps expected to hit the App Store.