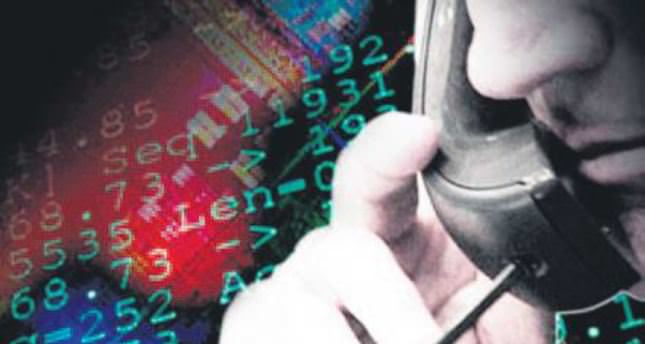 by AA Sep 01, 2014 12:00 am
Turkish software developer Can Birinci, who resides in the U.S., has introduced an Android-based cellphone application "Novende" that prevents any kind of attempts to monitor telephone conversations.

Speaking to an Anadolu Agency reporter, Birinci said they started to develop the application last year and it is currently available on the Internet. Interested users can download the app through Wi-Fi or mobile 3G connection.

Birinci said that phone conversations will no longer be listened to by third parties. "I released the app with the motto 'Because, communication is freedom,' " he said. The system is based on encrypting voices on the phone by using Advanced Encryption System (AES) and sending it to the other phone via Novende's server. The app sends the key data that decrypts voices by using a 256-bit encrypted TLS protocol. Other similar programs that offer secured conversations have just one key that can decrypt the voice files.

However, Novende doesn't have a single key like that. It creates different keys for every conversation and sends them to the receiver.
At the end of the conversation the key deletes itself. Also the related data is not stored on servers. The servers function similar to traffic lights which safely transfer the data. Companies which have their own servers need a clone to use it following necessary security tests. The app can also be used to chat on the Internet in more than 50 countries. Birinci and his Indian colleague are working to release the application's IOS version next year in the U.S.