Iphone to be released in Turkey on Sept. 26 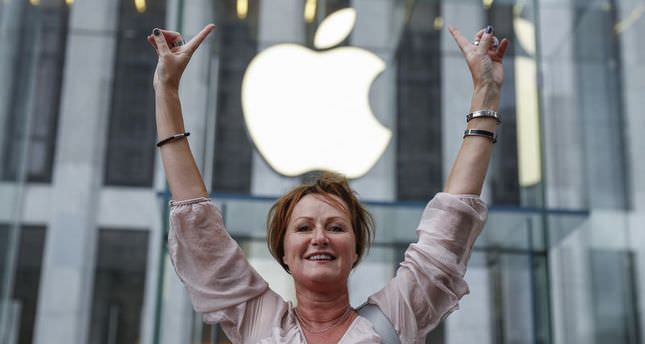 The launch of the new iPhone was one of the largest events this year. There has been a lot of interest from international media on the brand new smartphone, the long-awaited iPhone 6. The new cellular comes in two sizes, the 4.7-inch iPhone 6, and the 5.5-inch iPhone 6 Plus.

The new smartphones' screens are massive compared to the 4-inch iPhone 5S released last fall (screen sizes are measured diagonally). The 6 Plus is clearly in the "phablet," portmanteau of "phone" and "tablet," a category that Apple competitor Samsung has ruled for years.

As far as design is concerned, Apple is rounding out its iPhone. The glass front curves seamlessly into the anodized aluminum enclosure, leaving no distinct edges. Apple claims that the strong glass screen was created using a "precision polishing process."

The smartphone's price varies from 2,349 TL to 3,249 TL depending on the model and capacity in Turkey, according to Apple's homepage in the country.