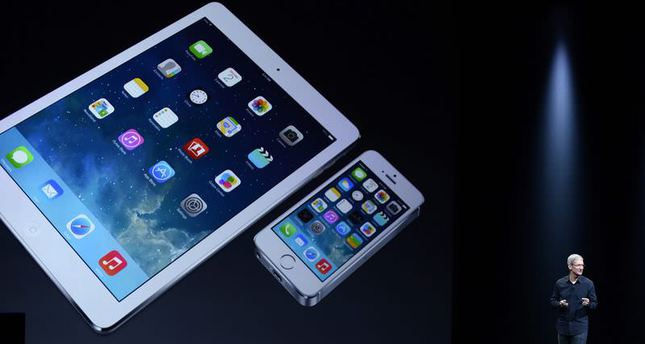 by AA Sep 18, 2014 12:00 am
Apple released iOS 8 on Wednesday, its new mobile operating system for the iPhone, iPod and iPad, a mere two days before the first iPhone 6 and iPhone 6 Plus smartphones are available to eager buyers.

Apple outlined the lengthy list of new features of the system at the company's Worldwide Developers Conference in June.

The update comes with iterative upgrades to Apple's core apps, many of which strike at Cupertino's competitors. Apple's latest version of iMessage, for example, allows for location sharing and a simplified way to leave or mute group messages, similar to features offered by Facebook's Messenger app or Google's Hangouts.

In a swipe at Silicon Valley's latest golden calf, Snapchat, iMessage will now include an option to send ephemeral audio and video messages that self-delete two minutes after being played.

The Health app, coming to everything running iOS 8, is a centralized dashboard for all the health and fitness data collected by a device. Apple's smartphones collect data on steps taken throughout the day with the new iPhone 6 now able to determine if the user is climbing stairs.

Other information like calories consumed can be entered into the app. Soon, third-party fitness apps like MyFitnessPal will report to Apple's Health app as well.

HomeKit, a programming framework for hardware and software developers, shows how Apple is putting its weight behind the future of home automation. Building with HomeKit, developers are finding ways to use the iPhone to control "lights, thermostats, door locks and garage doors," according to a statement from Apple.

The August Smart Lock, a computerized deadbolt that allows for keyless entry with an iPhone, will be one of the first HomeKit-enabled products to hit the market.

The new update is free with the iPhone 4S, iPhone 5, iPhone 5C and iPhone 5S, as well as iPad 2, iPad 3, iPad 4, iPad Air, and iPad mini. It is also available for the fifth-generation iPod Touch. Early reviews, however, claim iOS 8 running on an iPhone 4S is limited and is slower due to that phone's smaller screen size.