Airlines can allow use of cellphones during entire flight 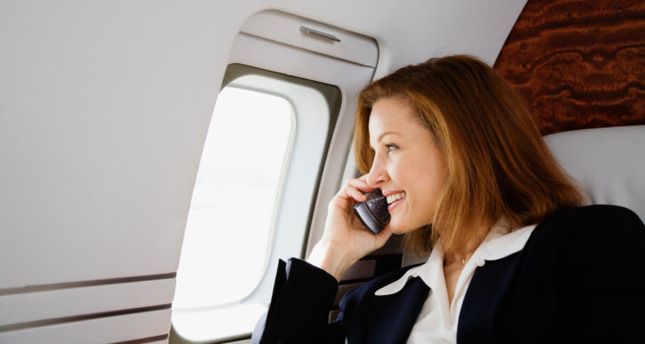 by Sep 28, 2014 12:00 am
Airline passengers will be able to use smartphones and tablet computers throughout their entire flight, the European Aviation Safety Agency (EASA) said on Friday, which could also pave the way for airlines to offer wireless communication services.

Current regulations in Europe require passengers to keep their devices set to 'airplane' mode to stop them emitting radio signals that could interfere with the aircraft.

The European Commission has now authorized the use of mobile spectrum for 3G and 4G communications, which allows users to surf the web and send email, when aircraft are flying above 3,000 meters.

"The new guidance allows airlines to permit personal electronic devices to stay switched on, without the need to be in airplane mode," the EASA said in a statement. "This is the latest regulatory step towards enabling the ability to offer 'gate-to-gate' telecommunication or Wi-Fi services."

The new rules, which apply to European airlines, require each company to do its own tests to ensure the safety of allowing passengers to use smartphones and tablets throughout the flight. The new regime comes into effect from Friday, but airlines will take time to adjust.

EASA said it hoped the first European airlines will adapt to the new regime in the next eight months or so.

Until now passengers have been able to use mobile phones for voice calls when flying above 3,000 meters but are not allowed using the Internet when at that altitude.

Passengers have had to turn off computers, music players and other devices during taxiing, take-off and landing. But some flights do already offer in-flight Wi-Fi services.

The U.S. Federal Aviation Administration has already taken action to allow expanded use of certain electronic devices during flights.