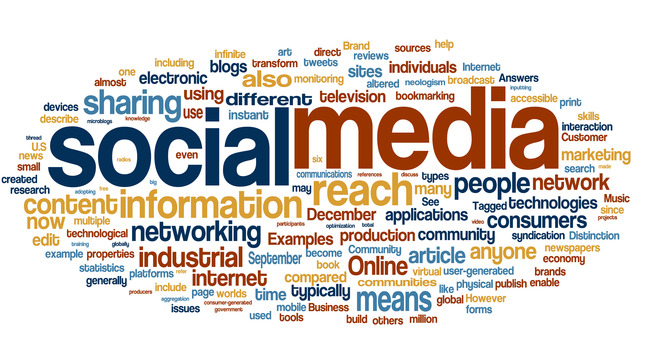 We are sharing what we eat, wear, listen to, read, think, where we live and even how we die on social media. Our lives are out in the open from the moment we are born until our last day

Recently, many in Istanbul were shocked by the sad news of a young man committing suicide and the video note he left behind. It was meant as a farewell to all of us and was posted on Facebook. Even though we may not have known him, watching that video turned us into the audience of his suicide. Soon after the release of the video note, everyone started talking about his suicide, the possible reasons behind it, how his life was, why he chose to end it and whether he really was depressed or not. However, no one focused on the fact that his suicide note had been shared through social media.

We share everything on social media platforms. The data is scary; there are more than 2,460,000 new Facebook posts, 216,000 new Instagram uploads, 347,222 photos shared through WhatsApp, 72 hours of video uploaded to YouTube and 277,000 new tweets sent per minute around the world. The contents of these posts and messages include what we eat, wear, listen to, read, think, where we live, go and with whom and so many other things. We literally open our doors to the world, we entertain thousands of strange eyes in our living rooms, we serve food in our kitchens and more importantly, we let them into our bedrooms and share some of the most intimate moments of our lives. We share some happy, some sad, some interesting and some boring details of our lives. We display the status of our relationships and how it comes to an end. The audience may sometimes be a curious stalker and sometimes merely an interested follower. Our lives are out in the open from the moment we were born until the day we die.

The 1998 film "The Truman Show" is considered a tragic story – albeit with a classical Hollywood happy ending – by most, but we live today almost as monitored as Truman. The only difference is we do it voluntarily. If somebody had told us in the 1980s that we would be living our lives like a museum exhibit in two decades, I don't think we would have believed them. Just 15 years ago, when Internet was barely accessible to the Turkish people, the government warned us against sharing personal information with strangers. It was frowned upon to use real names or share any personal photos, addresses, date of birth and other personal information. It was a security concern that needed to be taken seriously. But today, we handle our online affairs very differently. It might be hard for our kids to imagine how the Internet became such a revolution, but the Internet was not an essential component of daily life for so many when they were born. We have been experiencing a transition period. After all, this technology is a natural part of the daily life of youth. It is impossible for many of them to spend a day without using it, since that is the world they were born into.

Well, the question is why do we feel the need to share this much? Perhaps it's for impression management. We have a tendency to want to influence others' perception about us. We sometimes do this consciously and at other times unconsciously. Last year, I interviewed some people and asked them about their motivations to use Foursquare. The results were interesting; most of the participants said that they did not check-in every place they go to, but instead preferred to check-in at chic and elite places in order to build a nifty profile. It was an intentional maneuver. We choose to share content that we think make us look smarter, more intellectual, more attractive, more wealthy, more liberal or conservative and maybe even more humorous. We construct ourselves as a social media profile that alienates us from who we really are. The one we post to social media is not really us but an intentionally constructed social media reflection.

Unfortunately, we are not only becoming pieces of an exhibition, but also turning into the spectators as well. Recent studies show that checking others' profiles makes us unhappy, since we are inclined to compare our lives to theirs. According to one study, Facebook can trigger envy that leads to decreased life satisfaction.

Another study from Ohio University found that people tend to spend more time on profiles of the people who were rated as successful and attractive. The same study suggested that the participants who were in a negative mood spent significantly more time than others browsing the profiles of those who had been rated as unsuccessful and unattractive. The researchers concluded, "If you need a self-esteem boost, you're going to look at people worse off than you."

One piece of advice on how to protect your self-esteem: Stop showing yourselves off, stop watching others and just live. Seize the moment! Finding peace of mind is possible only when "you" – not your social media profile – truly lives!