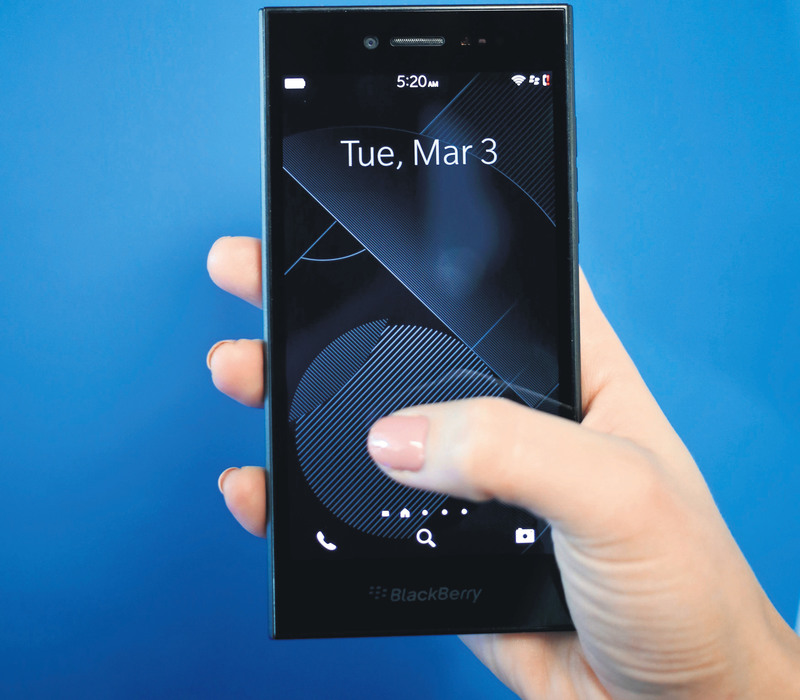 by reuters
Mar 03, 2015 12:00 am
BlackBerry unveiled a new mid-market smartphone yesterday dubbed the BlackBerry Leap that is set to replace the Z3 device launched a year ago, in a move to woo buyers in certain emerging markets where BlackBerry still has a fairly large client base. The Waterloo, Ontario-based company said the phone, unveiled at the Mobile World Congress (MWC) in Barcelona, would initially hit stores in U.S and European markets around April and be priced around $275. The company also said it planned to roll out two more models over the course of the next months, both with a keyboard. One will be a high-end smartphone with what Blackberry called "a dual curve all touch display" with a keyboard behind a slide. That may refer to the sort of curved screen featured in Samsung's latest Galaxy smartphone. "We don't have a code name for it but I call it The Slide," BlackBerry Chief Executive John Chen told media in Barcelona. "It will come some time this year," he added without giving a specific date. BlackBerry, once a must-have device for business executives and government officials because of its pioneering secure email service, has haemorrhaged market share to Apple's iPhone and rivals running on Google's Android software. In a bid to remain relevant, the company has pivoted in the last year to focus much more on its software business and core strengths such as data security. However, the company has stressed it remains committed to its devices business. At MWC last year, BlackBerry unveiled the Z3, priced at under $200 and built as part of a tie-up with FIH Mobile , the Hong Kong-listed unit of Taiwanese electronics company Foxconn. The Z3 was aimed at reviving BlackBerry sales in emerging markets, but failed
Last Update: Mar 03, 2015 11:53 pm