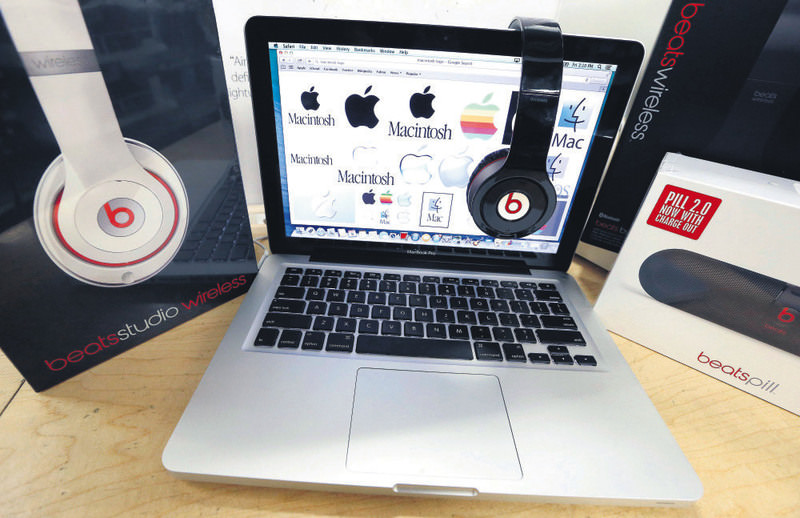 by Anadolu Agency May 12, 2015 12:00 am
As Apple gears up to launch its Beats Music streaming service, music industry outlet Billboard published an analysis Monday that claims music streaming services hurt small and independent artists. According to digital music consultant Jeremy Silver, many services such as Spotify pay artists per stream out of one large pool of revenue. But as streams increase, the amount paid per stream decreases, especially for less popular artists.

The criticism comes amid news that Apple is planning a subscription streaming service that could cause severe pain for Spotify - a model that would provide more money for both labels and artists.

Analysts are excited about Apple's debut of its Beats Music service, which is set to launch soon, almost a year after Apple bought Beats Electronics for $3 billion - Apple's largest acquisition to date. Apple is expected to showcase Beats at its 2015 Worldwide Developers Conference in June.

Established streaming services are gearing up for the launch, with Spotify offering a special discount in the United States of $0.99 cents per month for its premium, ad-free service that normally costs $9.99. Inside sources told the Apple-focused news outlet 9to5Mac that the Beats service will probably start at $8 per month. Spotify's yearly earnings report for 2014 was published late Friday, and showed the company's losses are outpacing its profits, which was unpleasant news following recent evidence that Apple is pushing music labels to abandon Spotify's free streaming tier. Spotify reported $1.3 billion in revenue for 2014, up 45 percent from the previous year.
Last Update: May 12, 2015 9:27 pm
RELATED TOPICS