Apple gets partial win on appeal in Samsung patent case 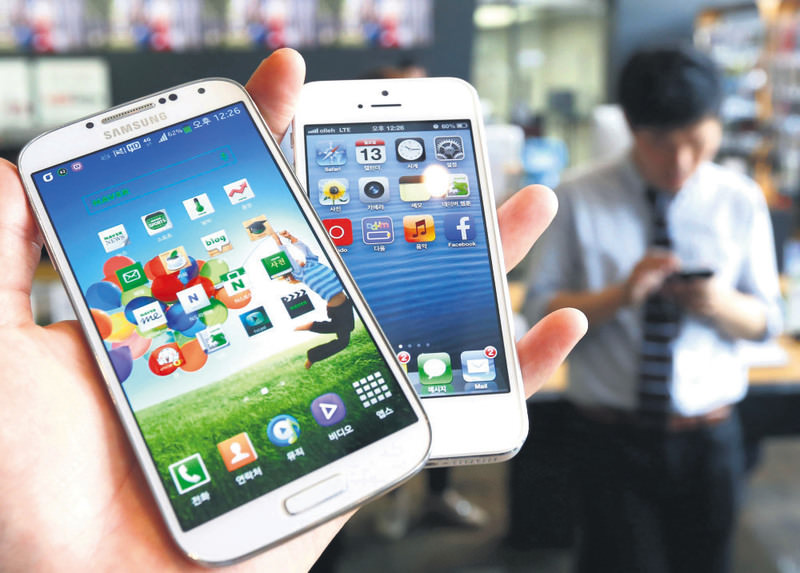 A U.S. appeals court has approved a jury's finding that some patented features of Apple's iPhone were illegally copied by Samsung. The court sided with Samsung, allowing it to pay less than $930 million

Apple Inc (AAPL.O) was handed a mixed ruling by a U.S. appeals court in the latest twist in a blockbuster intellectual property battle with Samsung Electronics Co Ltd (005930.KS), as a prior patent infringement verdict was upheld but a trademark finding that the iPhone's appearance could be protected was thrown out.

That means up to 40 percent of a $930 million verdict which had been won by Apple must be reconsidered.

In the highly anticipated ruling stemming from the global smartphone wars, the Federal Circuit in Washington, D.C. upheld patent infringement violations including one which protects the shap

e and color of its iPhone as well as the damages awarded for those violations. "This is a victory for design and those who respect it," Apple said in a statement on Monday. Samsung welcomed the court ruling regarding the trademark finding.

"We remain confident that our products do not infringe on Apple's design patents and other intellectual property, and we will continue to take all appropriate measures to protect our products," it said in a statement.

The long-running dispute with Samsung dates back to when former Apple Chief Executive Steve Jobs was still alive and was seen as emblematic of his tendency to fiercely defend the company's proprietary designs and technology from copies.

Although the opinion was mixed, it tilts strongly in Apple's favor, upholding the bulk of its damages award and reinforcing the principles of design that the company sued to advance, said Brian Love, an assistant professor of law at the University of Santa Clara.

"They made this argument from the beginning of the case that they were sort of the true innovators in the smartphone world, and that although a lot of this technology existed in the past, they came up with very simple, elegant and easy-to-use design that took the smartphone to the next level," he said. "To the extent that it was protected, it was protected by these design patents."

The 2012 trial between the two smartphone titans was widely watched, and the jury found Samsung violated several Apple patents including those related to iPhone's design and appearance.

Apple was eventually awarded $930 million in damages, but failed to win a ban on the sale of the infringing Samsung phones, which are now no longer on the market. The appeals court further muddied the waters for Apple by ordering the court in San Jose to reconsider the $382 million portion awarded for trade dress dilution.

Since the 2012 trial, Samsung and Apple have mostly dropped their legal battles, except for another case pending in the same appeals court involving a $120 million verdict in 2014 for Apple on separate smartphone patents. Samsung said in its appeal that the damages award was excessive and unprecedented. The company argued it should not be forced to pay such a high price for making a "rectangular, round-cornered, flat-screened, touch-screened phone," calling those features "basic."

Apple countered that Samsung was trying to downplay its "shameless copying" of the iPhone design to increase its market share. Apple's shares rose as much as 1.8 percent to $130.72 by midday on Monday after billionaire investor Carl Icahn said in a letter to CEO Tim Cook the company was "still dramatically undervalued" and that it should be trading at $240. The stock has gained more than a quarter since October, when Icahn first said it was undervalued. The case is Apple Inc v Samsung Electronics Co, Ltd, in the U.S. Court of Appeals for the Federal Circuit, No. 14-1335.