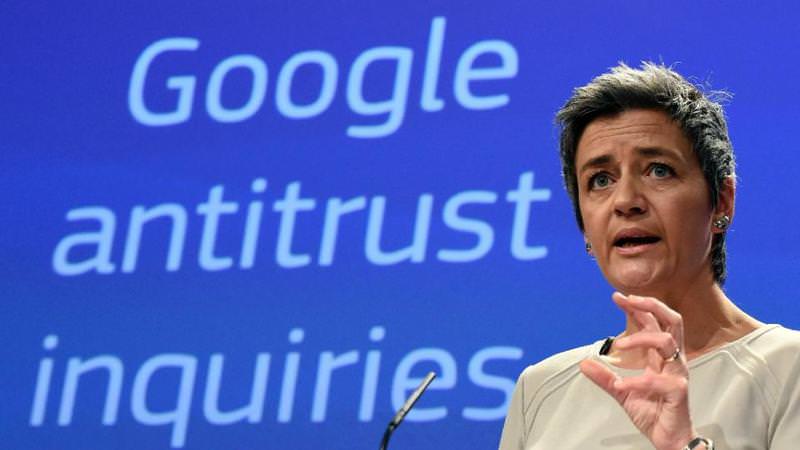 by May 25, 2015 12:00 am
As Google faces an antitrust probe from European regulators, some analysts are questioning whether the California tech giant's dominance has already peaked.

While Google remains one of the world's biggest companies with overwhelming dominance of Internet search, its prospects are less rosy in a tech landscape rapidly shifting to mobile devices and social media, say some industry watchers.

Debate heated up last year after a blog post titled "Peak Google" from technology analyst and consultant Ben Thompson, who argued that Google is losing momentum.

Thompson said Google may in the same boat as IBM in the 1980s and Microsoft around 2000 -- "a hugely profitable company bestride the tech industry that at the moment seems infallible, but that history will show to have peaked in dominance and relevancy."

Google has for years been the leader in Internet search and has turned advertising linked to those searches into a highly lucrative business.

But its shares have struggled since hitting an all-time high in early 2014 and it has little to show for ventures in other areas: self-driving cars, Google Glass, Internet balloons, health care, Google TV mobile payments, home automation and its Google+ social network, among others.

Even in online advertising, Thompson argues, Google is losing ground to rivals like Facebook which integrate ads in "the stream," sometimes called "native ads," in a different approach from that of Google.

"All of the things that make Google great at search and search advertising... are skills that don't really translate to the more touchy-feely qualities that make a social service or content site compelling," he said.

In the mobile world, its free Android operating system dominates the smartphone market -- another potential concern of EU regulators. But Google has failed to get a major revenue lift from Android.

That's because on mobile devices, users spend most of their time using apps, which leave Google out of the picture.
Roger Kay at Endpoint Technologies Associates said this shift cuts into Google's strength.

Growing use of apps such as Yelp or Open Table takes away from Google's ability to search and deliver advertising for those queries, he noted.

"Google's business model is very narrow. It's just a single pillar which is holding the company up," Kay told AFP.

Google, which opens its developers conference Thursday, is working to adapt to mobile, but it's not clear if it is too late.

Data from research firm eMarketer shows Google's share of global digital ad dollars has held at around 31 percent over the past three years, while Facebook, Twitter and others have gained.

For mobile ads, Google has seen its share drop to around 35 percent this year from 46 percent in 2013, losing to others such as Facebook and China's Alibaba and Baidu.

"I wouldn't say Google is a sinking ship, but they are trying to plug a thousand leaks," says eMarketer analyst Jeremy Kressmann.

Facebook, says Kressmann, has better data glean from social network profiles and "likes" to get the best ads at the right time.

"They know a lot more about who each Facebook user is, where they are located, so they can get more granular," he said. "It's very attractive to an advertiser to have that knowledge."

While Google's free Android operating system has a market share of around 80 percent, the company gets little revenue from it.

Android was designed as a way to feed users into other Google services, but it hasn't always been effective, says Jan Dawson of Jackdaw Research.

"In many ways Google is losing control over Android and losing a way to monetize it by using it as an entry into the Google ecosystem," Dawson said.

Dawson noted that Google services are stripped out of Android for most Chinese smartphone users, and that other manufacturers such as Amazon have "forked" the Android system to direct users elsewhere.

The shift to mobile has also fueled interest in new search companies which are trying to out-Google the leader for smartphone users.

Investors have poured more than $100 million into venture-backed mobile search startups over the past three years, according to the research firm CB Insights.

Some of these new firms such as Quixey, Swiftype, Wildcard and Vurb aim to help people search through the app world where Google lacks a presence.

These firms use "deep linking, creating new ways to mimic web links by allowing users to go directly into different parts of a mobile app and gaining valuable data on where those users came from," CB Insights said.

Kay argues that any effort by the EU to impose new business methods on Google could accelerate the trend which is eroding its dominance, similar to what happened with Microsoft during its antitrust battles.

"If you put Google through a legal wringer it will be very timid," he said.

But Dawson said Google may learn lessons from Microsoft, which is reinventing itself with new products and a different business model.

"Google is a dynamic company and has the potential to make that transition more quickly and weather it better," he said.
Last Update: May 25, 2015 2:25 am
RELATED TOPICS