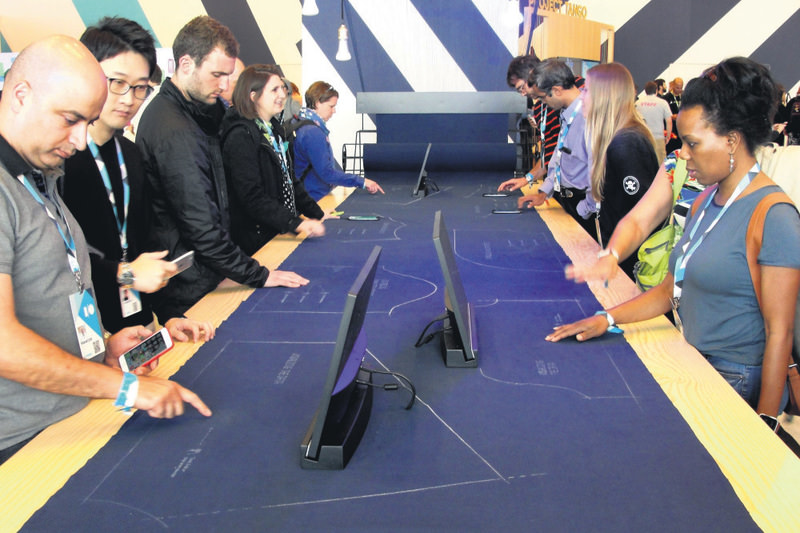 by Jun 02, 2015 12:00 am
Google announced Friday that it is working with iconic US jean maker Levi Strauss to make clothing from specially woven fabric with touch-screen control capabilities.The Internet titan used its annual developers conference in San Francisco to reveal its so-called Project Jacquard and to spotlight Levi Strauss as its first partner.

Named after a Frenchman who invented a type of loom, Project Jacquard is in the hands of a small Google team called Advanced Technology and Projects (ATAP), which is different from the Google (x) lab that developes big-vision innovations such as self-driving cars. "We are enabling interactive textiles," Emre Karagozler of ATAP said as the smart fabric was shown off in an area set up to look like cloth coming out of a loom.

"We do it by weaving conductive threads into fabric."

The special threads can be woven into a wide array of fabrics, and be made to visually stand out or go unnoticed depending on designers' wishes.

Conductivity can be limited to desired parts of fabric or spread across entire cloth.

Project Jacquard makes it possible to weave touch and gesture interactivity into any textile using standard, industrial looms, according to Google.
RELATED TOPICS