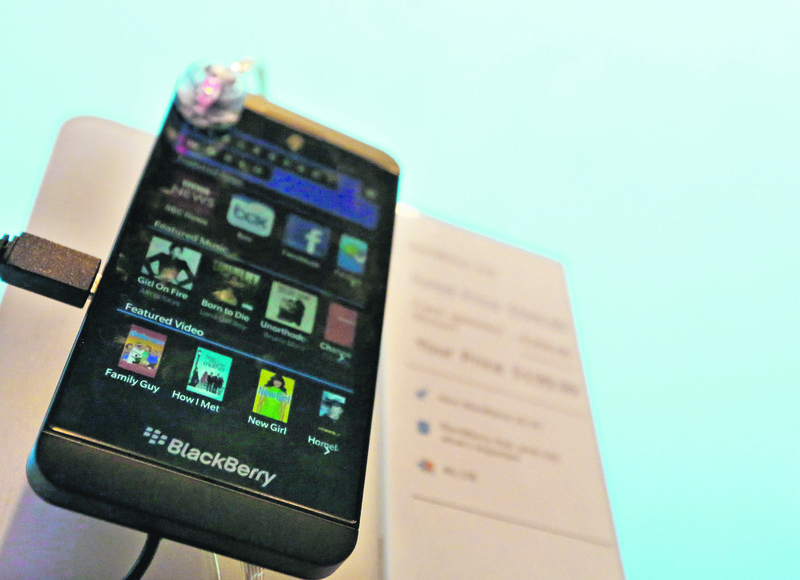 Speaking publicly for the first time, ex-Blackberry co-CEO Jim Balsillie said Apple's introduction of the iPhone and BlackBerry's rushed attempt to match it was devastating for the once iconic company

Former BlackBerry co-chief executive Jim Balsillie said in his first public remarks since leaving the company in 2012 that he knew BlackBerry couldn't compete after the iPhone's introduction in 2007 and after BlackBerry's buggy touchscreen device called the Storm had a "100 percent return rate." He said at the Empire Club in Toronto that the impact of rushing it out was devastating. He said Verizon, their largest customer, fired them over it. Balsillie made the remarks in a question-and-answer session with Jacquie McNish and Sean Silcoff, the authors of the new book "Losing the Signal. The Spectacular Rise and Fall of BlackBerry."

Pioneered in 1999, the BlackBerry changed the culture by allowing on-the-go business people to access email wirelessly. Then Apple showed that phones could handle much more than email and phone calls.

"With Storm we tried to do too much. It was a touch display, it was a clickable display, it had new applications, and it was all done in an incredibly short period of time and it blew up on us," Balsillie said. "That was the time I knew we couldn't compete on high end hardware."

Balsillie said BlackBerry continued as the world's fastest growing company for two years because of sales of low end devices in emerging markets but said that's when things shifted for the Canadian company. He said wireless carrier AT&T and Apple caused a seismic shift when AT&T gave Apple carte blanche and unlimited bandwidth to develop services like fast and full internet browsing and video downloads. BlackBerry was slow to adapt. "It was difficult. It was a real shock to the company," Balsillie said.

He said with the iPhone and Google's Android phones emerging strong he strongly believed BlackBerry needed to open up its popular BlackBerry messenger service to other smartphone platforms. He noted that people thought BlackBerry made much of its money on hardware but he said it really made money on services. BlackBerry, however, didn't allow BBM on other platforms until after he left the company and after messaging aps like WhatsApp became popular.

BlackBerry now holds a minuscule fraction of the U.S. smartphone market after commanding a nearly 50 percent share as recently as 2009. Although BlackBerry was once Canada's most valuable company, with a market value of $83 billion in June 2008, the stock has plummeted to less than $10 from over $140 a share. That gives it a market value of about $5 billion.

The Waterloo, Ontario-based company is trying to stay relevant as it tries to transform into an enterprise security and software company. Balsillie said he wishes the current management the best of luck.
Last Update: Jun 10, 2015 11:18 pm
RELATED TOPICS