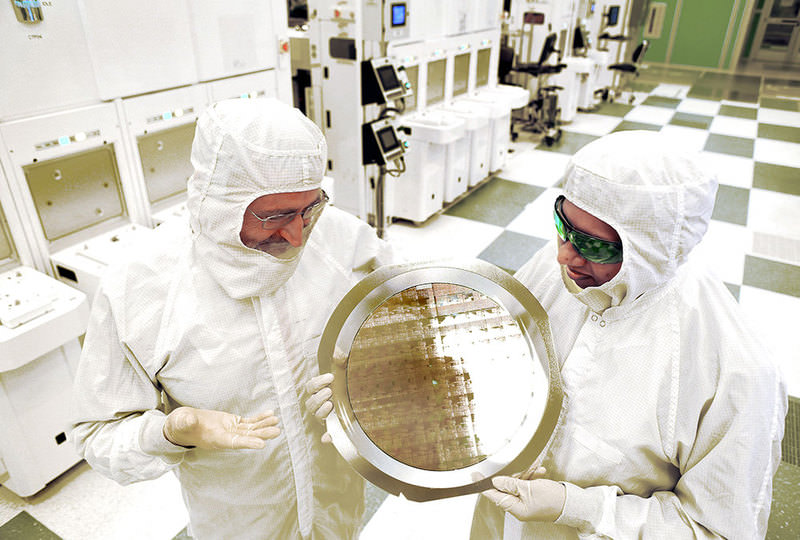 by Associated Press Jul 10, 2015 12:00 am
IBM says it has achieved a breakthrough in making computer chips even smaller, creating a test version of the world's first semiconductor that shrinks down the circuitry by overcoming "one of the grand challenges" of the tech industry.

The microchip industry has consistently created smaller and more powerful semiconductors. However, the more chips shrink the greater the physical and technological hurdles become.

Companies are racing to create smaller, more powerful chips to perform the increasingly complex task that our wired lives demand. At the same time that computer chips have grown more powerful, though, they have also gotten smaller, to the point where you can now hold in your hand a computer many times more powerful than computers that used to fill a room.

Today's servers are powered by microprocessors that use 22-nanometer or 14-nanometer node chips.

IBM, working with a development partners at SUNY Polytechnic Institute, says it's figured out how to create 7 nanometer chips.

To get to the width of a human hair, you'd need roughly 10,000 of them. A strand of human DNA, in comparison is 2.5 nanometers.

The company last year announced a $3 billion investment over five years to advance chip technology to meet the growing demand that cloud computing, big data, mobile products and other new technologies are placing on semiconductors.

The chip is still development and IBM did not say when it expects to put it on the market. IBM will still have to figure out how to manufacture large numbers of the chips cheaply.