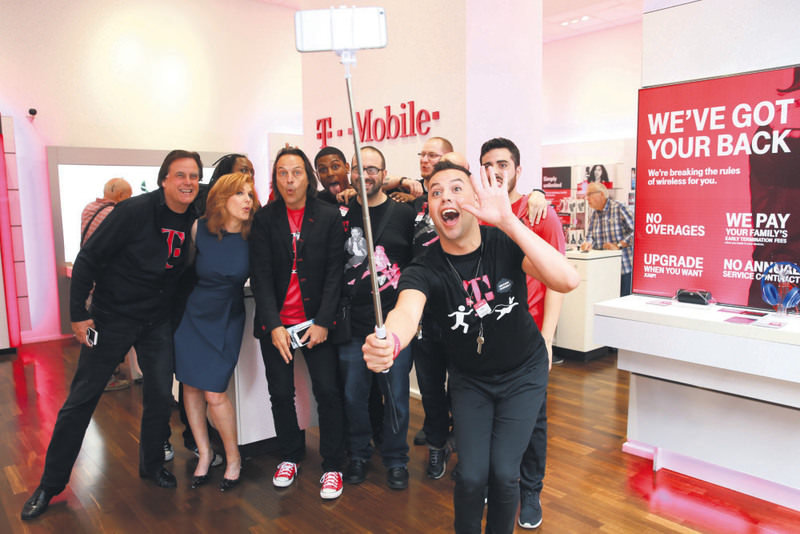 by Associated Press Jul 10, 2015 12:00 am
T-Mobile will now let its U.S. customers call, text, use apps and browse the Internet within North America without paying extra charges. T-Mobile US Inc. said this will mean savings for customers who travel to Canada or Mexico or call people there frequently.

Canada and Mexico account for a significant chunk of international travel by Americans, and they are the destinations for many of the international calls from the U.S. Customers with friends or family in Mexico or Canada or who live in border states will benefit the most from this deal. T-Mobile isn't alone in eyeing Mexico. In recent years, AT&T bought two Mexican telecommunications companies. But AT&T says its growth is more about adding subscribers in Mexico than offering service there for traveling Americans. The company aims to cover 100 million Mexicans on its network by the end of 2018.

The service is free for most existing and new T-Mobile customers. T-Mobile said customers with certain older or budget-oriented plans are exempt. Customers must sign up online or at a store to take advantage of the deal. There's no charge. The new plan takes effect next Wednesday. T-Mobile customers will be able to call and text Mexican and Canadian phone numbers with their regular U.S. minutes. Those on unlimited plans will have unlimited calls or texts to those numbers, too. When traveling in those countries, customers will be able to call U.S., Mexican and Canadian numbers with their minutes.

"We're just making Canada and Mexico part of your home territory," says T-Mobile CEO John Legere said on a conference call. As for data, customers will have access to their regular data allowance and will be able to keep using T-Mobile's slower 2G service once they run out, just as they would in the U.S.

Previously, T-Mobile charged 20 cents per minute for calls made while traveling in Canada and Mexico. Texting was already free. Data service also was free, but only at the slower, 2G speeds. That can be adequate for email, but it's painfully slow for Web surfing.

For calls from the U.S. to those countries, T-Mobile customers previously had to buy an add-on global calling plan or pay 49 cents per minute to call Canada and 69 cents to call Mexico.

Customers of other major wireless carriers also need to pay extra, as T-Mobile previously required. For instance, AT&T Inc. sells packages of minutes good for calls made while traveling in Mexico and Canada. They start at $30 for 80 minutes per month. AT&T also sells monthly global calling plans that include free calls to Mexico. Various amounts of data are included in the global calling plans. Verizon Wireless offers a $10-a-month plan for travel in Canada in Mexico. It offers 100 megabytes of data and some texting privileges, while $5 more per month adds 100 minutes of calls and expanded texting capabilities.

The company says it has struck deals with some of the top carriers in Canada and Mexico, allowing customers to use their networks while traveling. In exchange, some of those carriers will get to use T-Mobile's networks.
Last Update: Jul 10, 2015 7:53 pm
RELATED TOPICS