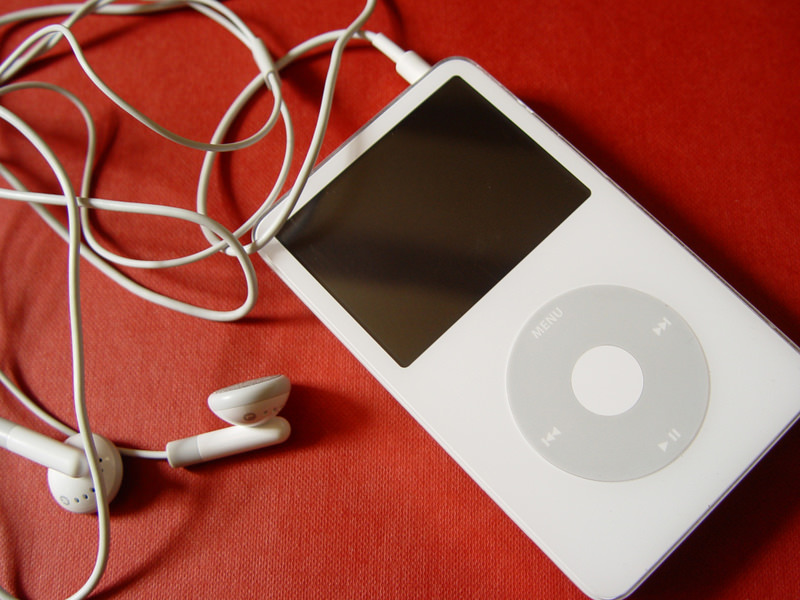 The MP3 format for music, which was developed by computer programmers in the 90s led the way for the creation of the iPod and to CDs and a complete overhaul of the music industry

There is one Internet invention you might very well use every day that - shocker - did not come from Silicon Valley, but the hills of northern Bavaria.

The technology in question is the MP3 format for music, which was developed by computer programmers at Germany's Fraunhofer Institute for Integrated Circuits (IIS) at the start of the 1990s in an effort to create a format for music that had a good enough quality to be transmitted along phone lines.

But it only got its name exactly 20 years ago: MP3, which is a lot easier to remember than its technical designation, ISO Standard IS 11172-3 MPEG Audio Layer 3.

The trick the programmers pulled was to compress audio data in such a way that the file took up significantly less space than earlier versions. That led the way for the creation of the iPod, the sidelining of cassettes and CDs and a complete overhaul for the music industry.

"It is the dream of every scientist to develop so

mething useful for humanity," said Karlheinz Brandenburg, an electrical engineer and mathematician who worked on the MP3 compression technology along with colleagues Harald Popp and Bernhard Grill.

"Back then, we were dreaming of digital radio and millions of users. Now there are billions of devices that work with the format, which means we significantly surpassed our dreams." However, there was a long period after the eight-strong team made the technical breakthrough when they were not sure if there would be a market for MP3s.

"The beginning times were very hard," Popp said. Pessimists asked if there would ever be devices that could be used to carry around a digitized music collection.

And a lot did not go according to plan. For example, the encoding software for converting music into MP3s was supposed to be sold for a high price to raise money. Instead, an Australian student purchased a copy in 1997, reverse-engineered it and then made the encoder software freely available online.

"He gave our business model away," Brandenburg complained in a 2011 interview with U.S. public broadcaster NPR.

From then on, any CD could quickly be converted into MP3s, and the files were not too large to be sent along the existing Internet connections of the time.

The first MP3 player appeared in stores in 1998. But the technology did not really take off until the then head of Apple, Steve Jobs, brought the iPod to market in 2001. Since then, smartphones have become the main technology for playing MP3s.

It was a huge change for music fans who could now take their collections on the road. It meant no more carrying around clunky CD cases and it meant making a playlist of favorite songs had become simple.

Because MP3's capabilities were not limited to music players, but also made it possible to listen to music online easily, Brandenburg was honored in the Internet Hall of Fame for his

role in discovering the standard.

But there were downsides to MP3s. Because it was suddenly easier to send and copy music, people took advantage of the new technology. It was not long before they were trading - usually illegally - up to 2 billion songs a month. The problem reached a head with the advent of music exchange site Napster in 1999.

There are other critics. Some aficionados say digitization and the compression technology hurts the music's sound quality because cutting it down to size means doing away with some parts of the sound spectrum and shrinking the frequency range for each song. That is because the creators made the MP3 with a focus on the characteristics of human hearing. Only the sounds that are easy to hear by humans make the cut. So, if a flute is overwhelmed by a trumpet, then the flute's music signal will be minimized on the MP3. In fact, any unnecessary sounds are filtered out to save space. But there is a lot of disagreement about how big a problem this is. Some audiophiles barely register the trims, especially if higher data rates are used for the MP3 conversion. But the sound quality also depends on other factors like the amplifiers, loudspeakers or headphones used.

And now, after 20 years in the sun, MP3 compression technology might be seeing its time pass since a lot of popular music streaming services do not rely on hard drive space, but bandwidth, allowing the music to be pulled from the Internet. But that does not mean the Fraunhofer Institute's discovery has no role to play here.

"MP3 isn't just about music on the PC," Grill said. More to the point, it's a standard for music everywhere. "Even today, there are probably tens of thousands of streaming services active with MP3."

A lot of the other ones use AAC, an alternate format that was also developed by Grill and his colleagues. Given that bandwidth will become ever more available, experts ask what kind of future MP3s have. Whatever the case, music fans can be sure their collections will not become obsolete anytime soon. Grill prophesies that today's MP3s will still be playable in 100 years.
Last Update: Jul 23, 2015 1:28 am
RELATED TOPICS