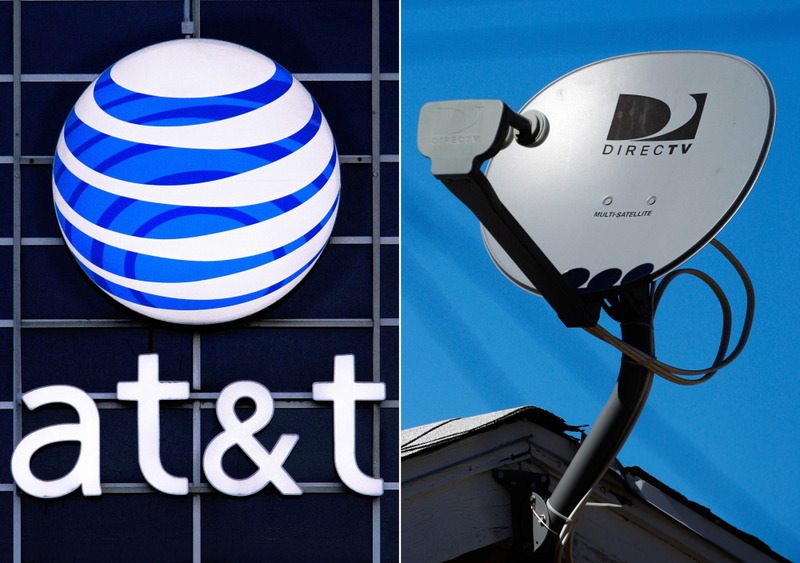 by Associated Press Aug 04, 2015 12:00 am
AT&T is unveiling a new package that combines traditional TV and wireless services as it seeks to broaden its offerings following its $48.5 billion purchase of satellite TV company DirecTV about a week ago.

The change isn't huge, given that AT&T and DirecTV already had cross-marketing deals as separate companies.

But yesterday's announcement is "the first step of what's to come," said Brad Bentley, AT&T's chief marketing officer for entertainment and Internet services.

Bentley said AT&T is planning several products to integrate mobile phone and TV services in ways rivals can't because they don't own both businesses. He wouldn't provide details on those plans.

The package announced yesterday largely amounts to a $10-a-month discount for getting TV and wireless services at any level on the same bill. Bentley said customers also would have a single number to call for customer service, and employees at AT&T stores would be able to set up customers' phones so that they could start watching TV through apps right away, even before service is installed in the living room.

But the content on phones won't differ from what DirecTV customers have already been able to get on their apps. It's typically a selection of what's available on regular TVs because of rights restrictions placed by content owners.

Beyond the $10-a-month single-bill discount, savings will come from promotions that TV and wireless companies typically offer already as stand-alone companies. The offer starts Aug. 10.

Roger Entner, an analyst at Recon Analytics, said TV as a stand-alone business is dead, as consumers see TV as part of their overall media and telecommunications experience. So far, AT&T is the only company able to provide both mobile and TV services. Rivals are limited to partnerships, which Entn

er said don't work as well for consumers and the companies. "It's a beginning, but an important beginning," Entner said of the new package.

AT&T, which also offers traditional TV over wired lines in 21 states, is also starting to align that business, called U-verse, with DirecTV's. The company is extending that $10-a-month discount to customers of either U-verse or DirecTV. The two will also have the same pricing tiers, ranging from $50 to $125 for the first 12 months (about $35 off regular prices, which take effect once the promotion ends).

Specific channels will differ, though, and a package of football games called Sunday Ticket will be available on DirecTV only because of the nature of DirecTV's deals with the NFL.

T-Mobile is locking in prices for leasing the iPhone $15 a month for the iPhone 6 and $19 for the 6 Plus. Customers will be able to trade that in for a new iPhone when Apple releases new models, typically in September. The price won't change as long as the trade-in is done before the end of the year.

Sprint announced a family plan offering four lines with 10 gigabytes of data to share for $100 a month $20 less than what it charges for four lines sharing just 1 gigabyte. Four lines with 40 gigabytes will cost $120 a month.
RELATED TOPICS