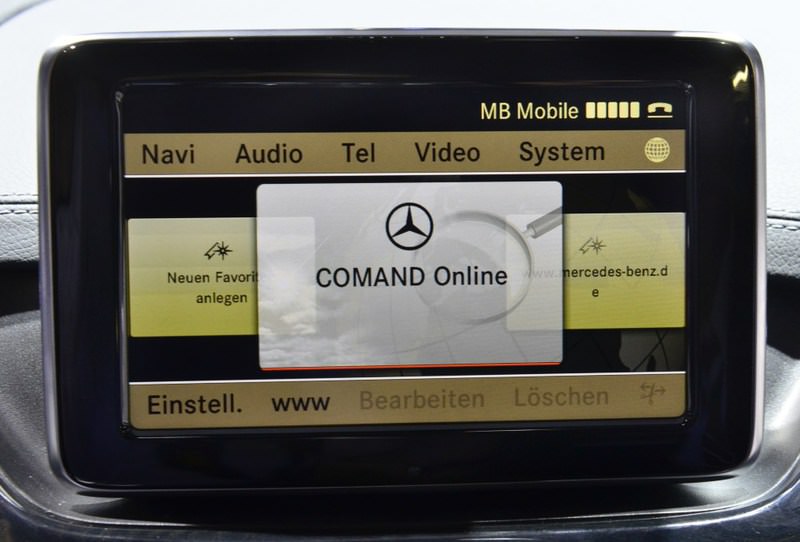 BMW, Audi and Mercedes-Benz have teamed up to buy digital mapping service HERE for $3.1 billion from Nokia. The three German luxury car makers will hold equal shares in the partnership

A consortium of German automakers Audi, BMW and Daimler announced on Monday it is buying Nokia Corp.'s HERE map business in a deal that values the unit at 2.8 billion euros ($3.1 billion) and secures their access to technology that could eventually be used for driverless cars.

Nokia, based in Finland, has refocused its business on producing equipment for wireless networks after selling its mobile phone handset operation to Microsoft Corp. The company said it expects to receive slightly over 2.5 billion euros from the sale, with the purchasers being compensated for HERE liabilities totaling nearly 300 million euros.

The three rival German automakers said that HERE is "laying the foundations for the next generation of mobility and location based services." They added that "for the automotive industry this is the basis for new assistance systems and ultimately fully autonomous driving."

The automakers said in a joint statement that they will each hold an equal stake in HERE and "none of them seeks to acquire a majority interest." They said that HERE's management will remain independent, with the goal of being a platform "open to all customers," and the consortium will not interfere in its operational business.

"High-precision digital maps are a crucial component of the mobility of the future," Daimler CEO Dieter Zetsche said. "With the joint acquisition of HERE, we want to secure the independence of this central service for all vehicle manufacturers, suppliers and customers in other industries."

Analysts at IHS Automotive noted that HERE, along with TomTom, is one of two companies supplying navigable maps globally as an alternative to Google and Apple. The purchase will give the consortium the advantage of owning its own data.

They said in a research note that the purchase by a consortium "may establish a de facto standard, giving the industry a unique opportunity to rally around specifications or processes that could ... hasten the onset of a connected and automated future mobility ecosystem."

Matthias Machnig, a German deputy economy minister, said the acquisition is of "enormous significance from an industrial policy point of view." He added that it is "important that an open platform emerges that is open to further European manufacturers."

The deal is expected to close in next year's first quarter, according to AP. Nokia had said in April that it would review options for HERE in the wake of its decision to purchase French telecom company Alcatel-Lucent.

Analysts said Nokia could be happy with the sale price.

"Nokia paid a very high price for the service then (by buying Navteq in 2008), but that was a long time ago. Back then they paid too much but now the price is reasonable," equity strategist Kristian Tammela of Nordea Bank Finland told AFP.

Mikael Rautanen of equity research firm Inderes said it was the right acquisition at the right time for the German car makers.

"It is a good deal and above all strategically important for them. The biggest threat for them was that HERE would be sold to Silicon Valley. They don't want to be dependent on players like Google or Microsoft," Rautanen told AFP.

He noted that digital services are transforming the car market.

"In future carmakers won't differ from each other so much by their motor or by their design but rather by the services that come with their cars, let alone driverless cars which will very quickly become a part of everyday life," Rautanen said.

London-based IHS Automotive said the acquisition could spur the establish a "de facto standard" in the industry, spurring high-tech development.

"The consortium model has many benefits for the industry, including the ability to combine resources to secure and continue developing a long-term strategic resource," it said in a statement.
Last Update: Aug 04, 2015 2:10 am
RELATED TOPICS