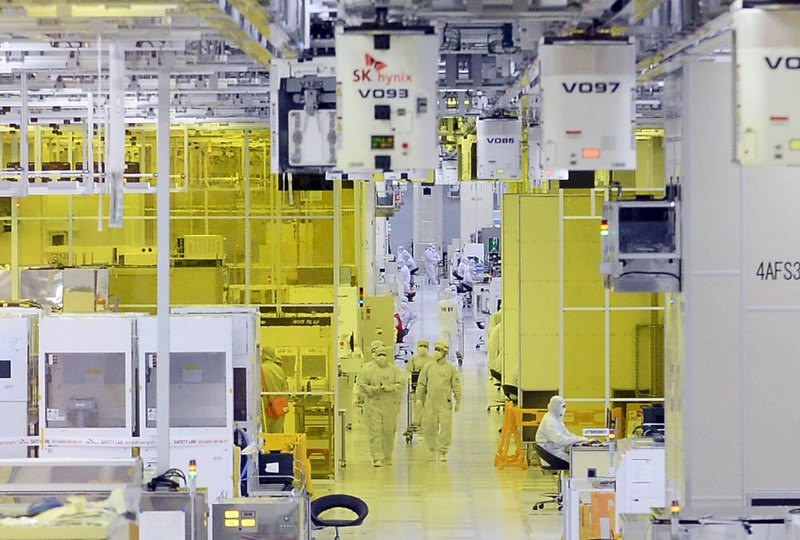 by Aug 26, 2015 12:00 am
South Korea's SK Hynix Inc., the world's second-largest memory chip maker, announced Tuesday it would spend 46 trillion won ($38 billion) in facility investments over the next 10 years. The plan was unveiled by SK Group Chairman Chey Tae-won - newly released from prison by a presidential pardon - at a dedication ceremony for a new chip plant in Icheon, 80 kilometers southeast of Seoul. The new plant will eventually attract a total investment of 15 trillion won, with the remaining 31 trillion won going toward building two more chip plants - one in Icheon and the other in Cheongju.

SK Hynix reported a 65 percent year-on-year increase in second quarter net profit, missing analyst estimates, as slowing demand for personal computers and smartphones dampened memory chip prices. Chey, 54, received his pardon on Aug. 13 after serving 31 months of a 48-month prison sentence for embezzling 46.5 billion won from two SK Group affiliates. President Park Geun-hye said her decision to free Chey had been motivated by a need to "revitalize the economy." On his release from prison, Chey promised to work for the "economic and social development of our nation."
RELATED TOPICS