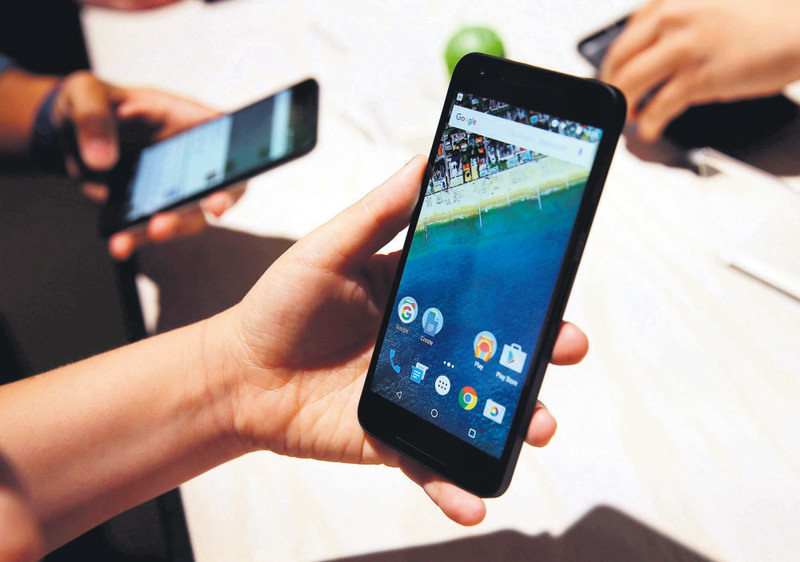 by French Press Agency - AFP Oct 01, 2015 12:00 am
Google unveiled two new Nexus smartphones with enhanced features including fingerprint sensors and improved cameras aimed at the high end of the market dominated by Apple and Samsung. The California tech giant said it was partnering with South Korea's LG for its 5.2-inch screen Nexus 5X and with China's Huawei for its "phablet" sized 5.7-inch Nexus 6P. Both handsets will be sold unlocked, with Google hoping to capitalize on a trend in the U.S. and other markets that is seeing long-term contracts move away from smartphone subsidies. "We care about making sure there are affordable, high-quality smartphones for users around the world," said CEO Sundar Pichai. The phones, which aim to showcase the Android operating system (OS), are already available for pre-order in the U.S., U.K., Japan and Ireland, with more countries to be added next week, Google said as it unveiled the phones at a San Francisco media event.

The devices will feature the new Android version known as Marshmallow, which allows for fingerprint sensors to unlock the phone and other features to function, including Android Pay. The new software also allows for a voice-commanded Now On Tap virtual assistant to be summoned by holding down the home screen button. The Nexus 5X starts at $379 for U.S. customers and the 6P starts at $499.
RELATED TOPICS