Facebook and Eutelsat to provide free Internet from space to Africa, starting in 2016 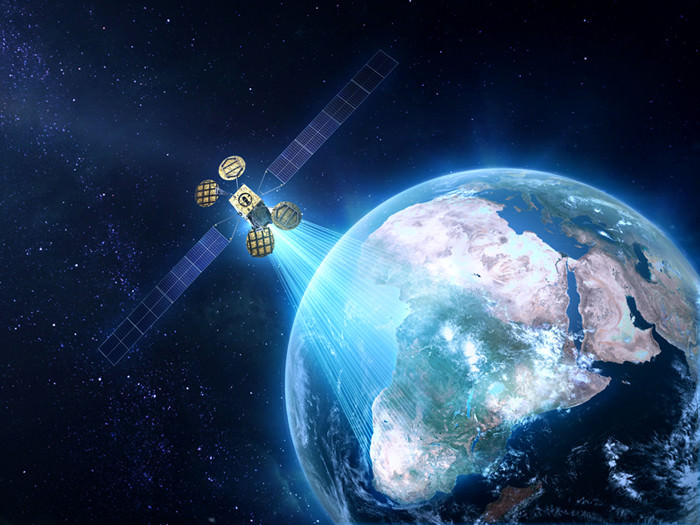 Facebook Eutelsat satellite (Photo courtesy of EUTELSAT))
by Anadolu Agency
Oct 05, 2015 12:00 am
Facebook announced Monday that it is developing a satellite that will beam free broadband Internet from space to large swaths of sub-Saharan Africa, a goal the company has advocated for years.

Facebook will partner with French satellite manufacturer Eutelsat to build the technology, which will be launched into orbit in the second half of 2016, according to official estimates. The project is part of Facebook's Internet.org initiative, a venture focused on bringing Web access to remote and impoverished areas of the world.

"Over the last year Facebook has been exploring ways to use aircraft and satellites to beam Internet access down into communities from the sky," Facebook CEO Mark Zuckerberg stated in a Facebook post Monday. "To connect people living in remote regions, traditional connectivity infrastructure is often difficult and inefficient, so we need to invent new technologies."

The satellite will bring free Internet access to 14 African countries including Nigeria, Tanzania and the Ivory Coast.

Several Silicon Valley giants including Facebook and Google have developed initiatives to bring the next billion people online across the planet.

A United Nations report released last month found that 57 percent of the global population-more than 4 billion people-lack reliable Internet access. The lowest levels of Internet connectivity was found in sub-Saharan African nations. Less than 2 percent of the populations of Guinea, Somalia, Burundi and Eritrea, for example, are connected to the Web.

"Facebook's mission is to connect the world, and we believe that satellites will play an important role in addressing the significant barriers that exist in connecting the people of Africa," Internet.org vice president Chris Daniels said in a statement.

Internet.org has brought free Internet access to nearly 20 nations. The project has faced criticism in India and Indonesia recently, with detractors claiming the service limits content.