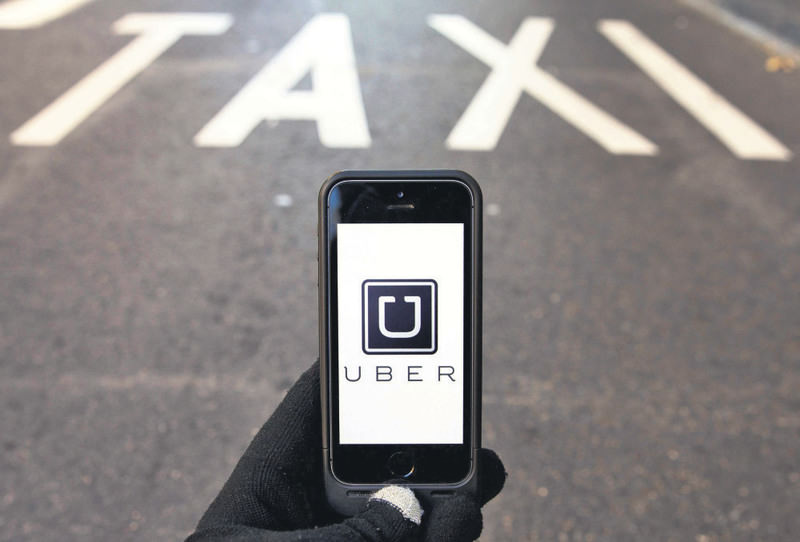 The so-called sharing economy gained traction around the globe in 2015 as Uber upended the taxi business, Airbnb disrupted the hotel industry and a host of online and mobile startups let people moonlight as chefs or handymen.

Many see great promise in the collaborative economy, starting with the people flocking to it as a way to turn their car, apartment, spare time or hobby into a source of revenue with far greater flexibility than a conventional job.

A PricewaterhouseCoopers (PwC) study estimates that the "sharing" or "peer-to-peer" economy will explode from roughly $15 billion in worldwide revenues at the end of 2014 to $325 billion by 2025.

But critics worry the rising sector is an unregulated "Wild West" with few safeguards for either workers or consumers, and the trend has raised hackles from incumbents fearing for their survival – cue the taxi driver protests against Uber seen around the world.

Posting on the Uber forum under the handle DaveM, one driver described a summer gig at Martha's Vineyard, Massachusetts, as idyllic.

"I'm making good money. If I put in the hours I can get 18 rides a day," he wrote. "Beach all day drive at night=happiness."

But user tales of woe collected on a website called AirbnbHell tell another side of the story.

One lodging guest recounts: "When I got to the house and met the folks they seemed cool. When I went out for dinner, they stole all my stuff and locked me out. To make it worse, they sent me an email saying God bless, Jesus loves you."

Spearheaded by giants like Uber, present in at least 67 countries, and Airbnb, which operates in 190 countries, including Cuba, peer-to-peer platforms have the potential "to radically upend both how we consume goods and how we work to afford them," the PwC report said.

"I see this as one stage in a progression representing how digital technologies are changing how we organize work, which has been going on for 30 years," said New York University Professor Arun Sundararajan, who specializes in the subject.In the United States alone, some 18 million workers now earn a significant portion of their income outside of traditional employment, according to MBO Partners. And a study by financial software group Intuit found that 80 percent of large corporations plan to increase their use of a "flexible workforce" in coming years.

"The evidence I have seen is that wages tend to go up when the work is related to physical presence," as is the case with transportation, delivery or home services, he told Agence France-Press (AFP). With services that can be outsourced to distant locations, such as web design or translation, wages often fell.

He said the people who stand to benefit most are those struggling to make ends meet, and who are at or below median income.

Backers say the sharing platforms are largely self-regulating since users review providers for quality, providing incentives for good service while weeding out the bad ones.

But that view is not universal, with Edith Ramirez, chairwoman of the U.S. Federal Trade Commission, arguing recently that "targeted regulatory measures may be needed to ensure that these new business models have appropriate consumer protections."

While many willingly embrace the job flexibility, the lack of a social safety net has raised concerns as traditional employment increasingly gives way to short-term "gig" work.

Increasingly vocal critics worry that the protections of the traditional employer-worker relationship, hard-won over the course of decades, could be lost in the process.

"This trend shifts all economic risks onto workers. A downturn in demand, or sudden change in consumer needs, or a personal injury or sickness can make it impossible to pay the bills," former U.S. Secretary of Labor Robert Reich wrote on his blog.

New ideas are springing up to address the problem of job security, with startups joining labor activists to endorse efforts for a "flexible safety net" for this new type of worker.

A research report by Cornell University's Seth Harris and Princeton's Alan Krueger endorses the notion of a new classification of "independent workers" with portable social benefits.

Proponents of the sharing economy argue, however, that the sector is moving so quickly that it would be a mistake to impose new regulations without careful consideration.

"It's not clear that we have found the new models of labor that will dominate in the 21st century," Sundararajan said. "We have to be cautious about rushing into regulation."
RELATED TOPICS