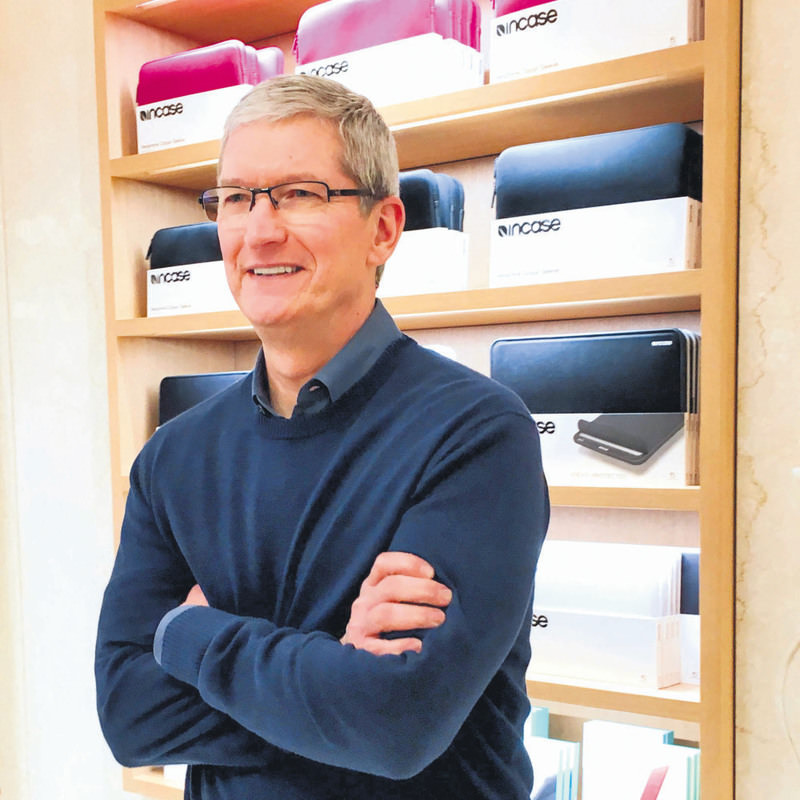 by reuters Jan 08, 2016 12:00 am
Apple Inc Chief Executive Tim Cook's compensation rose 11.5 percent to $10.3 million in 2015, the company said on Wednesday, a year when its sales grew 28 percent and profits by 35 percent but its shares fell for the first time since 2008. Chief Financial Officer Luca Maestri's annual compensation rose about 81 percent to $25.3 million in 2015. In fact, Cook was the lowest-paid of the company's top executives. Angela Ahrendts, the senior vice president for retail and online stores, was the highest paid, with a total pay package of $25.8 million

Cook's base pay increased about 14.4 percent to $2 million last year, while non-equity incentive compensation rose about 19 percent to $8 million, according to a regulatory filing. Apple had a good year for the most part under Cook. Sales in China in the most recent quarter nearly doubled from the same quarter in the prior year, for instance, and the iPhone continued to see record sales.
RELATED TOPICS