Google CEO highest-paid in US with $199m pay day 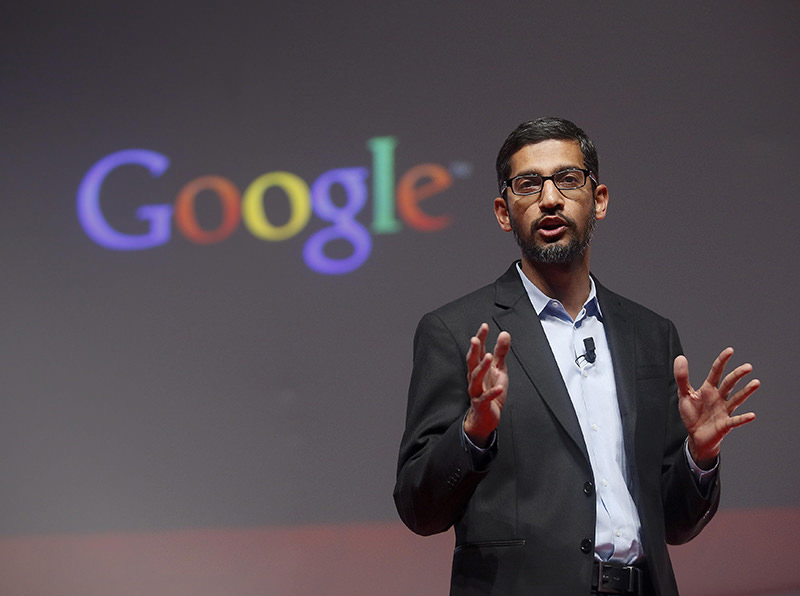 Sundar Pichai, Google's former senior vice president of products, speaks during a presentation at the mobu0131le world congress in Barcelona March 2, 2015.
by Daily Sabah with Reuters Feb 09, 2016 12:00 am
Google Chief Executive Sundar Pichai received restricted stock worth about $199 million, according to a regulatory filing by Google parent company Alphabet Inc.

With this huge payday, the Google boss has become the highest paid chief executive in the United States.

Pichai, who took over in August on paper, received a grant for 273,328 Class C Google stock units on Feb. 3. The valuation is based on the stock's closing price on that date.

With the new shares, Pichai's Alphabet holdings value has risen to about $650 million.

Pichai, the company's former product chief, had only assumed the role of CEO in October.

However, Mr. Pichai is still far behind former Google CEO's and founders with his pay check. According to Forbes magazine, founders Larry Page and Sergey Brin are worth $34.6 billion and $33.9 billion. Google's former CEO Eric Schmidt, who is now executive chairman of Alphabet, is also well-off with shares worth $3 billion.

The news comes as anger spreads across the world at the low rates of tax paid by many large companies, including Amazon, Apple and Starbucks.

Google agreed on January 23 to pay $185 million in back taxes to Britain, prompting criticism from opposition lawmakers and campaigners who said the "derisory" figure smacked of a "sweetheart deal".

Google, now part of Alphabet, has been under pressure in recent years over its practice of channeling most profits from European clients through Ireland to Bermuda, where it pays no tax on them.