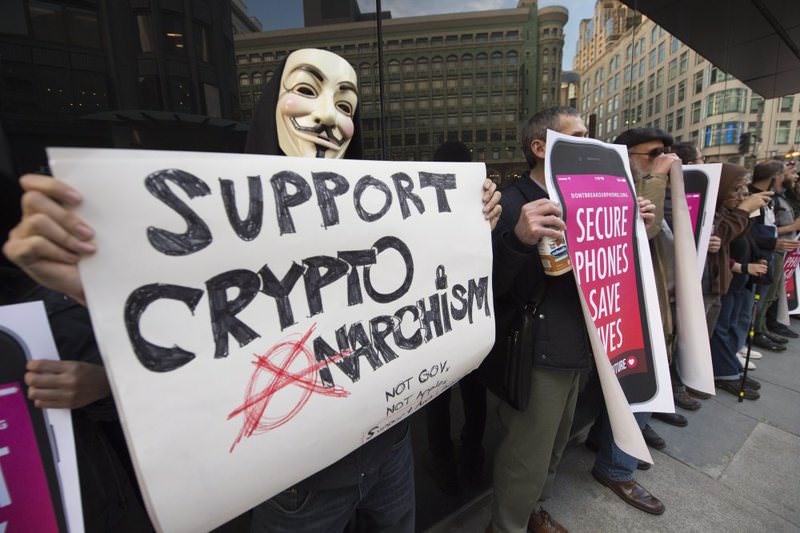 More of the biggest names in tech including eBay, Google and Amazon have joined Twitter and AirBnB in backing Apple in its court battle with the FBI over an encrypted iPhone used by an extremist killer

The nation's leading tech companies joined security experts, independent programmers and civil liberties advocates who filed court papers backing Apple in its fight with the FBI over an encrypted iPhone used by an extremist killer. Several law enforcement groups, meanwhile, filed briefs in support of federal authorities who are seeking Apple's help in hacking an encrypted iPhone used by Syed Farook, one of the San Bernardino mass shooters.

These "friend of the court" briefs come in advance of a March 22 hearing in which Apple is asking U.S. Magistrate Sheri Pym to reverse an order requiring Apple to create a software program that overrides iPhone security features. That program would let authorities try to unlock Farook's phone by guessing its passcode; Apple says it would make all other iPhones more vulnerable to future attacks.

Relatives of five people who were killed, along with one survivor of the Dec. 2 attack, also filed a brief saying the FBI's request is lawful and calling Apple's concerns "speculative." The relatives argued the phone might contain useful leads or even "explain the motive for this senseless tragedy."

But the husband of another survivor submitted a letter on Apple's behalf, saying he believes the order would set a bad precedent and adding that he doesn't believe the phone has any useful information.

The case has pitted top officials of the Obama administration against one of the world's most admired and profitable companies. U.S. Attorney General Loretta Lynch this week suggested Apple was trying to rewrite the rules for what she characterized as routine steps taken by law enforcement investigators. But some of Apple's biggest competitors rose to its defense in a joint legal brief submitted Thursday.

"The government's position, if it prevails, will undermine the security of America's most sensitive data," states a filing from Google, Facebook, Microsoft, Amazon, Yahoo and ten other companies. "The law does not allow federal agents to conscript companies into defeating their own security safeguards and product designs."

Several trade associations and a group of 17 smaller tech firms, including Twitter, LinkedIn, Airbnb and Reddit submitted their own filings on Apple's behalf. Some echoed Apple's arguments that the judge's order oversteps current law and could lead to a wave of similar requests from both U.S. and foreign authorities.

"If the government prevails, then this case will be the first of many requiring companies to degrade the security and to undermine the trust in their products," attorneys for the American Civil Liberties Union warned in their own brief. Security experts argued the government's request is not as simple as it sounds. Any new software code is likely to have unexpected bugs that could be exploited by hackers, according to a brief from Stanford computer scientist Dan Boneh, cryptologist Bruce Schneier, independent researcher Jonathan Zdziarski and four others. The Apple security-bypass tool will almost certainly see use on other iPhones, the researchers warned. "This spread increases the risk that the forensic software will escape Apple's control either through theft, embezzlement, or order of another court, including a foreign government."

The San Bernardino County district attorney and several California police and sheriffs' groups also joined the flood. The latter argued that Apple has the means to safeguard the software tool the court has ordered it to make, and that concerns about future disclosure "cannot outweigh the present compelling need of the public to be protected."
RELATED TOPICS