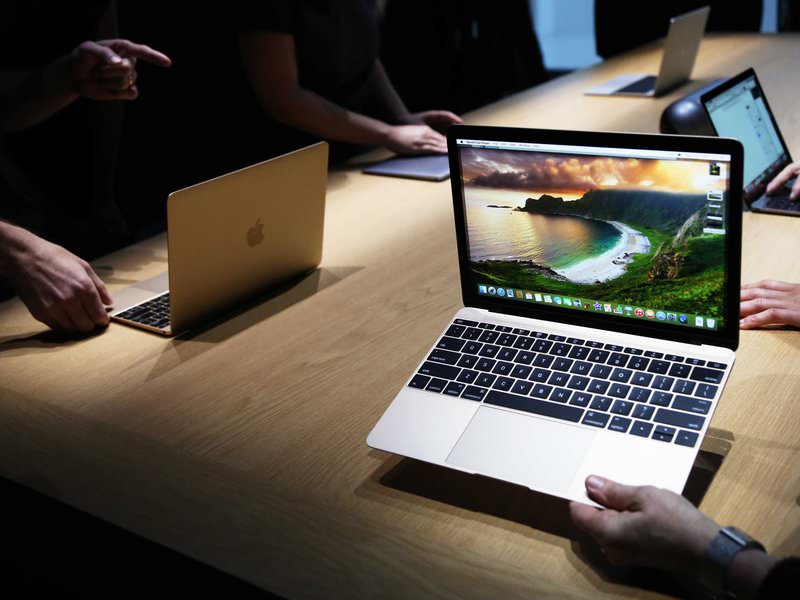 Researchers have created a worm that can attack Apple Macs firmware remotely. (REUTERS Photo)
by reuters
Mar 07, 2016 12:00 am
Apple Inc customers were targeted by hackers over the weekend in the first campaign against Macintosh computers using a pernicious type of software known as ransomware, researchers with Palo Alto Networks Inc (PANW.N) told Reuters on Sunday.

Ransomware, one of the fastest-growing types of cyber threats, encrypts data on infected machines, then typically asks users to pay ransoms in hard-to-trace digital currencies to get an electronic key so they can retrieve their data.

"This is the first one in the wild that is definitely functional, encrypts your files and seeks a ransom," Olson said in a telephone interview.

Hackers infected Macs through a tainted copy of a popular program known as Transmission, which is used to transfer data through the BitTorrent peer-to-peer file sharing network, Palo Alto said on a blog posted on Sunday afternoon.

When users downloaded version 2.90 of Transmission, which was released on Friday, their Macs were infected with the ransomware, the blog said.

An Apple representative said the company had taken steps over the weekend to prevent further infections by revoking a digital certificate that enabled the rogue software to install on Macs. The representative declined to provide other details.

Transmission responded by removing the malicious version of its software from its website (www.transmissionbt.com). On Sunday it released a version that its website said automatically removes the ransomware from infected Macs.

The website advised Transmission users to immediately install the new update, version 2.92, if they suspected they might be infected.

Palo Alto said on its blog that KeRanger is programmed to stay quiet for three days after infecting a computer, then connect to the attacker's server and start encrypting files so they cannot be accessed.

After encryption is completed, KeRanger demands a ransom of 1 bitcoin, or about $400, the blog said.

Olson, the Palo Alto threat intelligence director, said that the victims whose machines were compromised but not cleaned up could start losing access to data on Monday, which is three days after the virus was loaded onto Transmission's site.

Representatives with Transmission could not be reached for comment.
Last Update: Mar 07, 2016 9:29 pm