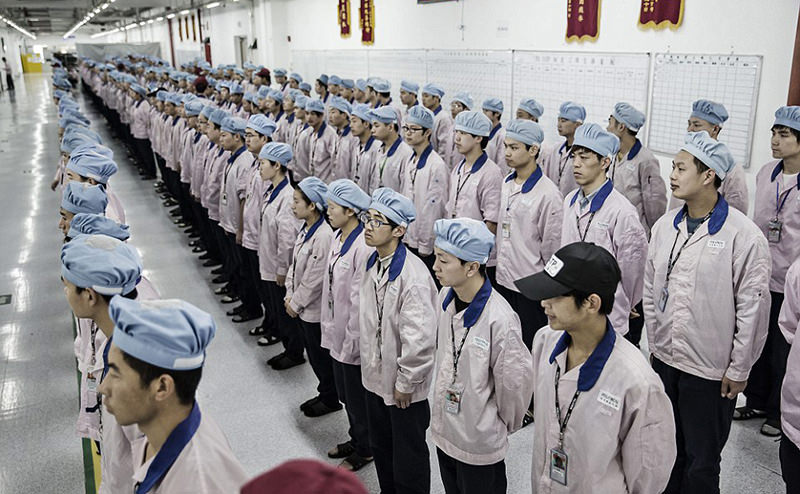 Western media outlets were given access to picture Pegatron Corp's secretive factory, used by tech giant Apple to assemble iPhones in Shanghai, China, amid claims that the factory staff were forced to work overtime.

The factory, which is reportedly the size of 90 football fields, employs over 50,000 workers and has remained extremely secretive to ensure confidential technological information is not leaked.

Each morning, workers dressed in pink jackets go through facial recognition checks before clocking in and line up with military precision for attendance, according to a Bloomberg reporter, who was given access to the factory.

China Labor Watch has reportedly said that the base salaries of the employees force them to work overtime to make ends meet, while one worker revealed that her monthly salary was 2,020 yuan (around $310 US).

Reports have previously claimed that a 26-year-old employee died after working for 12 hours at the factory, but Pegatron Corp has denied the claims and said that the worker's death was not linked to working conditions at the factory.