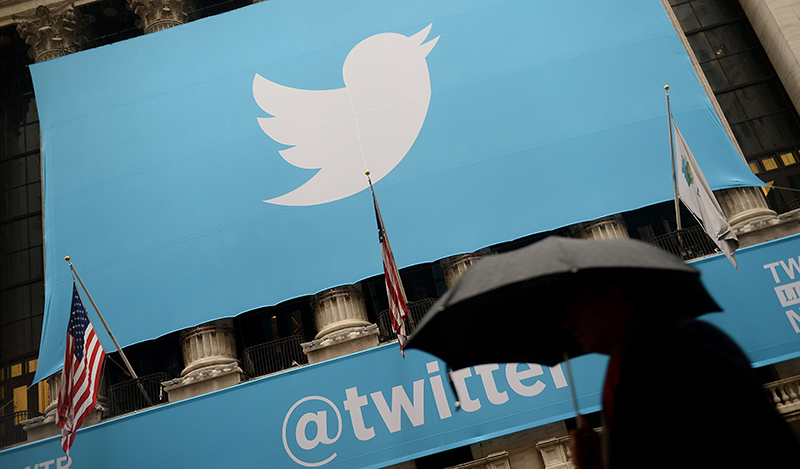 |u00a0AFP Photo
by Compiled from Wire Services Apr 26, 2016 12:00 am
Twitter Inc reported quarterly revenue at the lower end of its forecast as spending by advertisers declined, while Apple iPhone sales made their first-ever drop to $51.19 million.

Twitter said on Tuesday that it had 310 million average monthly active users in the first quarter ended March 31 compared with 305 million in the fourth quarter.

It has also been facing competition from Facebook Inc , which has rolled out services such as the Live video streaming program that rivals Twitter's Periscope.

Apple sold more than 51.2 million iPhones in the first three months of 2016 — while racking up $10.5 billion in quarterly profit. That was more than many analysts expected, but still fewer than the 61 million iPhones sold a year earlier.

The company is battling perceptions that its latest iPhones aren't dramatically different from previous models, as overall smartphone sales are slowing around the world.

While iPhones contributed nearly two-thirds of its $50.6 billion revenue, Apple pulled in $6 billion from online services, apps and other software.

The company forecast revenue of $590 million-$610 million for the second quarter. Analysts on average were expecting $677.57 million, according to Thomson Reuters I/B/E/S. (http://bit.ly/1pCISki)

First-quarter revenue rose 36 percent from a year earlier to $594.5 million, but widely missed the average analyst estimate of $607.8 million.