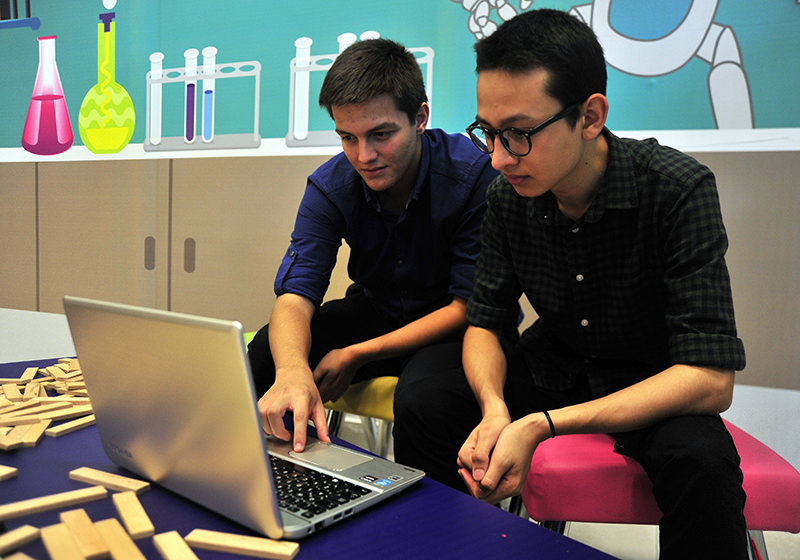 A social networking site created by a young Turkish man from the western province of Bursa may soon be Facebook's rival, especially as it has now garnered support from tech giant Microsoft.

Developed by 18-year-old Sertan Helvacı, the site called 'Events Here' enables its users to find any social event within a diameter of 25 kilometers. With just one click, users will be able to join these events without the need for an invitation.

"The application first asks for your areas of interest," technology for me says Helvacı, "and then the app lists all activities and events related to your interests within 25 kilometers of your neighborhood. You can choose and join any event listed for you. My intention was to create an opportunity for people to meet others that share the same interests as them," he adds.

Touching upon the differences between his project and Facebook, Helvacı said: "Facebook also has a system to create and join events but it only allows those that are invited to actually join the event. It only allows [already existing] friend groups to meet up."

"For, example [with my app] when someone goes to İzmir, they will be able to know if there is a conference that will be of any interest to them. Events Here will send a notification immediately and provide details," Helvacı said.

Stating that he had been interested in computer programing and technology from a very young age and had been working on writing software since sixth grade, Helvacı said that he was the first person in Turkey to create such an application and come this far in writing software for a social networking site.

Helvacı submitted his project to Microsoft and quickly captured their attention. Microsoft gave him the privilege of using all Windows and Microsoft products free of charge. Bahçeşehir University in Istanbul also gave him a full scholarship.