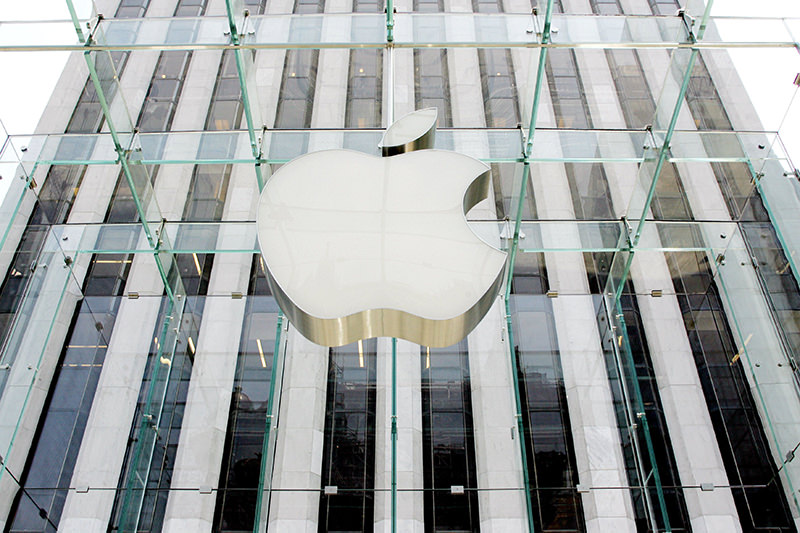 Shares of Apple dropped below $90 on Thursday for the first time since 2014 as Wall Street worried about slow demand ahead of the anticipated launch of a new iPhone later this year.

Component suppliers in Taiwan will receive fewer orders from Apple in the second half of 2016 than in the same period last year, the Nikkei Asia Review reported on Thursday, citing sources. Apple typically launches its high-end phones in September.

"People are getting negative data points about component orders and production forecasts, and the features on the new iPhone do not seem to be a big change from the 6S," said Rosenblatt Securities analyst Jun Zhang.

At its session low, Apple briefly relinquished its position as the world's largest company by market capitalization to Alphabet Inc.

At current prices, Apple's market value is about $494 billion, while Alphabet's is about $457 billion, a difference of roughly $36.5 billion. In the past year, Apple's market capitalization has fallen by more than $200 billion - roughly the size of Verizon Communications or Wal-Mart Stores.

Confidence in Cupertino, California-based Apple was shaken after it posted its first-ever quarterly decline in iPhone sales and first revenue drop in 13 years in April. Wall Street is worried about demand for Apple's next iPhone.

Faced with lackluster sales of smartphones in the United States, Apple has bet on China as a major new growth engine. But progress there has been disappointing.

Last week, Dialog Semiconductor, which sells chips used in iPhones and other smartphones, cut its revenue outlook due to ongoing softness in the smartphone market.

The recent sell-off has left Apple trading at about 10 times its expected 12-month earnings, cheap compared with its average of 17.5 over the past 10 years. It also has a dividend yield of about 2.46 percent.

"The market is saturated and they have no massive growth drivers outside of the iPhone," said Pacific Crest analyst Andy Hargreaves, who still recommends buying the stock. "Generally speaking, I just think it's a little too cheap."