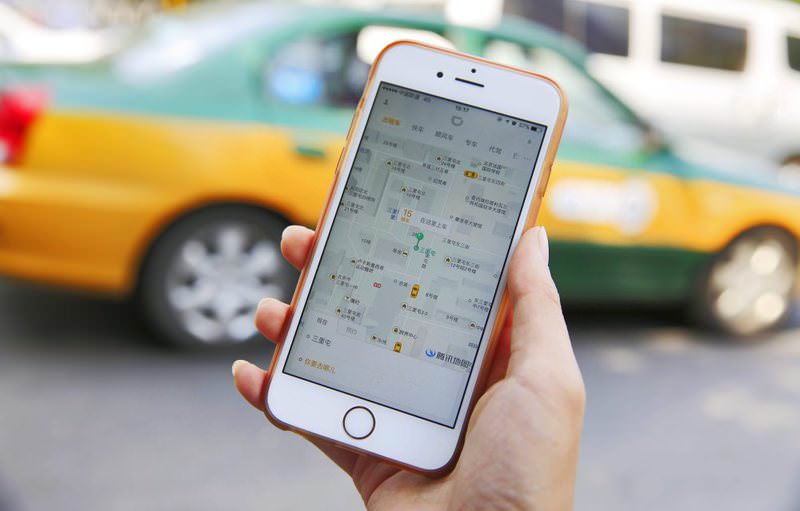 The technology giant whose shares sank below $90 for the first time in nearly two years has invested $1 billion in taxi business. Didi Chuxing vies with bitter rival U.S.-based Uber for market share in China

Apple has invested $1 billion in Chinese ride-hailing app Didi Chuxing, the Beijing company said on Friday, as it vies with bitter U.S.-based rival Uber for market share in China. The injection was the "single largest investment the company has ever received," said Didi, which dominates the car-hailing sector in China and says it has almost 90 percent of the market.

Formerly known as Didi Kuaidi, it also has backing from Chinese Internet behemoths Tencent and Alibaba.

Its most powerful competitor Uber - in which Chinese search giant Baidu is an investor, along with state-owned Citic Securities - is also trying to win more business in China. Although Apple's investment in Didi is large, the money seems more notable for its strategic rather than financial significance. Didi and Uber both have deep pockets and are spending big in the country.

In February, Uber said it lost $1 billion annually in China as it competes for market share and Didi is thought to be burning through similar amounts as both companies subsidize user's rides, which are much cheaper than regular cab fares. Apple's linkup with Didi fits the California firm's desire to shore up sales in the Asian giant, and its rumored plans to enter the auto sector.

"We decided to make the investment for a number of strategic reasons, including the chance to learn more about certain segments of the China market," chief executive Tim Cook told the official Chinese news agency Xinhua. The world's second-largest economy is Apple's second-biggest market, but revenues are flagging and business there has taken a number of hits.

Last month, it had movie and book services shut down by authorities, and it emerged that the company lost a court case over the use of its iPhone trademark.

Cook will travel to Beijing later this month to lobby senior leaders on the company's behalf. Apple is also widely believed to be developing a self-driving car, with the Chinese market a likely target.

One area of cooperation which the companies are likely to explore is mobile payments, according to Chinese analysts who say that the investment could be a good opportunity for Apple Pay.

The service was recently launched in China but has to contend with very well established existing competitors owned by Alibaba and Tencent - now its fellow shareholders in Didi.

Didi says it has more than 300 million passengers registered and provides over 11 million rides a day. Those numbers provide an excellent opportunity for Apple Pay, according to an article on Chinese web site Huxiu. "It is undoubtedly a good value for Apple to tie up with an app that has a large user base and where frequent payments are made," said an article about the deal.

But despite the growing popularity of ride-sharing apps and state-backed investments in them, their future is not necessarily secure. It is technically illegal in China for private cars to offer rides for payment and authorities occasionally stage stings to arrest drivers, but regulations are spottily enforced, creating an opening for ride-sharing services to flourish. Asked about the future of ride-sharing, transport minister Yang Chuantang told the Beijing Times in March that private cars would "never be allowed" to operate commercially in China. Didi invested in Uber's US rival Lyft last year, along with Alibaba and Tencent, and announced last month that it would cooperate with it to compete with Uber on its own turf.
RELATED TOPICS