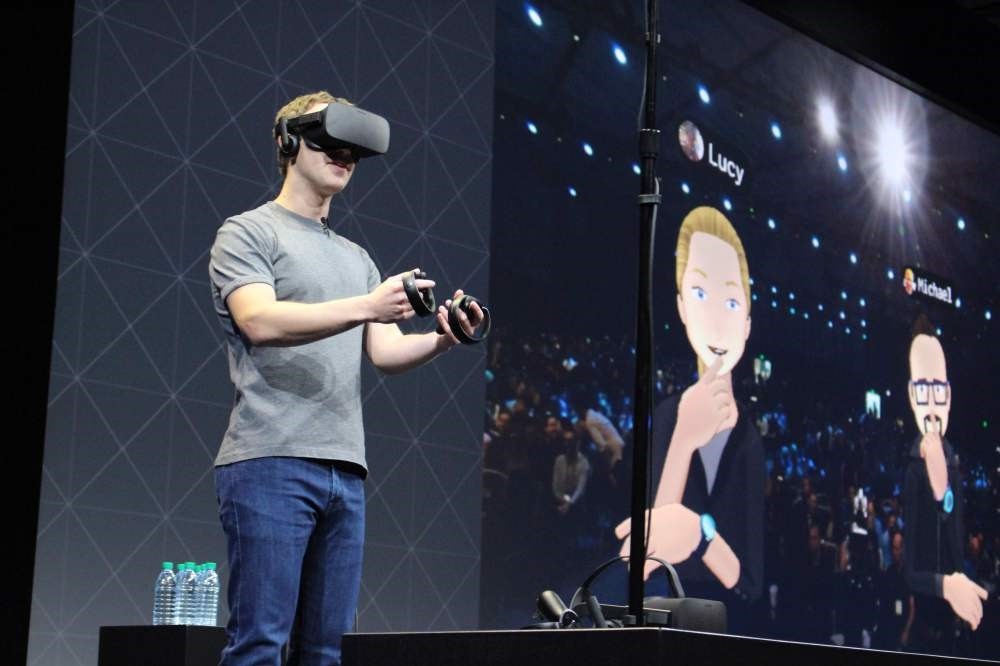 "We are here to make virtual reality the next major computing platform," Facebook cofounder and chief Mark Zuckerberg said at the third annual Oculus Connect developers conference in San Jose, California. Oculus has been dealing with a series of setbacks in the rollout of its VR headgear, including shipping mishaps and a higher-than-anticipated price.

To boost excitement for the headsets Zuckerberg donned one while on stage, virtually traveling with a pair of colleagues to the bottom of a sea and the surface of Mars, pausing in the middle to take a Messenger video call from his wife Priscilla. The CEO snapped a "selfie" with his wife in the virtual world and posted it in real time to his page on the social network.

Zuckerberg said that Oculus VR, which Facebook snapped up in 2014 for $2 billion, has a prototype wireless version of Rift that would not need to be plugged into a computer, though he said it was far from consumer-ready.

The mobile VR market currently offers headsets that act as frames into which smartphones can be mounted to serve as screens, available for less than $100. Rift headgear meanwhile sells for $599, a price that does not include the cost of a computer that can handle the processing and graphics demands of the technology. Oculus CEO Brendan Iribe demonstrated an AMD-powered desktop from Cyberpower that can run Rift for $499, half the price of the other high-powered computers needed to handle virtual reality.

But according to Max Cohen, Oculus's head of mobile, wireless is the future. He told AFP that the company sees developing a lower-end wireless headset as integral to expanding virtual reality's availability.

"In the long run, we are bullish on stand-alone," Cohen said.

"There are limitations to mobile, and there will be some people who don't want to buy a PC for virtual reality, no matter how cheap." Other companies have also announced the development of more affordable headsets that are compatible with smartphones, including Daydream View from Alphabet Inc.'s Google division.

Oculus announced the long-anticipated Oculus Touch controllers, which will give users "hands" to use in virtual worlds, would ship worldwide on Dec. 6, going for $199.