Yahoo rakes in profits as it prepares for Verizon deal 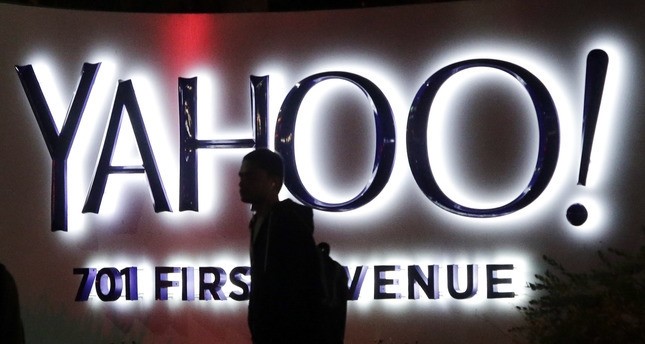 The faded internet pioneer stumbled through another rough patch in the third quarter, ramping up the pressure on the slumping company to complete its $4.8 billion sale to Verizon Communications

Yahoo's quarterly profits shot up by more than double to $163 million even as it prepares for a takeover by Verizon. The faded internet pioneer skipped its usual quarterly earnings call with analysts due to the pending takeover by the U.S. telecommunication company, for which chief executive Marissa Mayer said Yahoo is busy preparing despite recent revelations about a major data breach that may affect the deal.

"We launched several new products and showed solid financial performance across the board," she said in an earnings release, which beat expectations despite only a slight rise in revenue. Shares were up 1.49 percent to $42.30 in after-market trades following the earnings report release, reflecting confidence the breach is not prompting a significant number of users to abandon Yahoo. Revenue for the quarter that ended on Sept. 30 came to $1.3 billion, up from the $1.2 billion in the same period a year earlier. Mobile revenue during the quarter reached $396 million, up from $271 million the previous year. The boost in profits came from cutting workers and costs, not from the strength of its core business.

They hit the mark nevertheless, according to independent Silicon Valley analyst Rob Enderle. "For the most part, people were expecting a burning crater where Yahoo used to be," he said.

"This is the kind of financial report they needed to not increase the probability that Verizon runs away screaming from the deal."

The beleaguered internet company agreed in July to sell its core assets to Verizon for $4.8 billion, ending a 20-year run as an independent company after several attempts to refocus failed to help it catch up to Google and Facebook in key segments of online advertising. The deal would separate the Yahoo internet assets from its more valuable stake in the Chinese online giant Alibaba. However, Verizon said last week that a recently revealed hack affecting 500 million Yahoo customers worldwide could have a "material" effect on the deal.

The comments from Verizon general counsel Craig Silliman suggest the telecom company could seek to reduce the purchase price or walk away from the deal. Although the hack took place in late 2014, Yahoo announced it only last month, dealing the company a fresh blow.

The attack was probably "state sponsored," it said, although some analysts have questioned the source.

"We're working hard to retain their trust," Mayer said of Yahoo's users, "and are heartened by their continued loyalty as seen in our user engagement trends."

Yahoo's image took another hit recently from allegations of mass email surveillance that triggered an outcry from privacy activists. Yahoo has denied doing any such thing, rejecting as "misleading" a report that it secretly scanned hundreds of millions of email accounts to help U.S. intelligence.

"We narrowly interpret every government request for user data to minimize disclosure," the company said in a statement to AFP. "The mail scanning described in the article does not exist on our systems."

Some activists described the allegation as a "bombshell" that if proven true could reveal a new level of surveillance by the National Security Agency, already roiled by disclosures in 2013 by former contractor Edward Snowden.
RELATED TOPICS