No more changing toners at the office: ‘Inkless’ devices burn paper to print 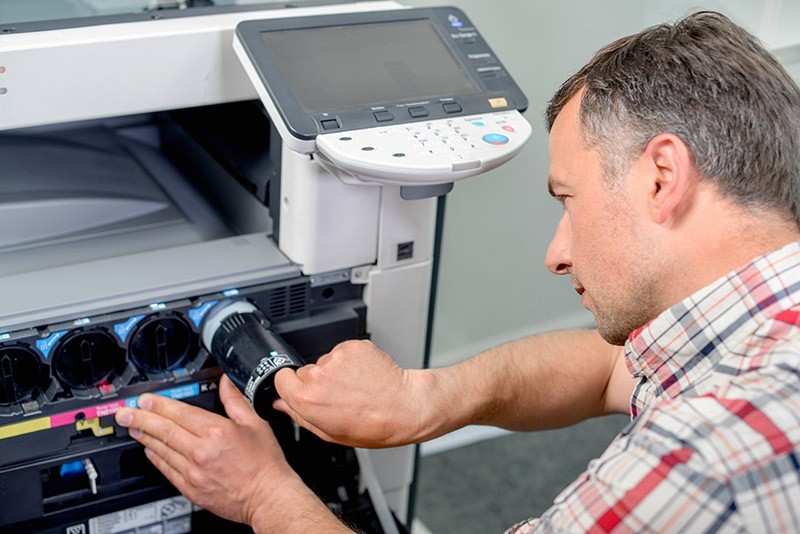 The method technically known as "carbonization" could revolutionize printing as a company developed a device which uses a laser burning technique to print on paper, thus saying goodbye to the need of ink for toners.

The device was reportedly developed by a company named Tocano, which is established by former students of University of Technology in Delft, Netherlands with the contribution of faculty members. According to the article published by Euronews, the device uses infra-red laser rays softly burning paper through lenses and printing small dots.

"We apply energy using the laser, and then the color of the paper changes, if somebody would normally try to do this they would have problems such that the color is actually brown and when you rub on the print it is not permanent, you can actually rub it off. What we have done over the past years of research is that you can ensure that the quality, the color of the ink, the color of the print, which you get with inkless printing, is the exact same blackness as a normal printer," explained Venkatesh Chandrasekar, inkless printer innovator, to Euronews.

Aurèle Adam, an assistant physics professor at the TU Delft Faculty, said that the intensity of the beams should be controlled in order not to burn the paper, and laser pulses can be adjusted to set the tone of printing.

After successful tests, the company is now trying to commercialize the device.

"Our solution has certain advantages; no cartridge needs to be produced anymore, so that's the cost reduction for the complete chain. Also, there are environmental benefits, and the functionality of the printer will improve because you will have the unlimited printing printer," said Arnaud van der Veen, Tocano's commercial director.

"We first focus on industrial markets, so for example, you can think of printing on boxes or printing books, etc. really large industrial sized machines and from that point on we will go to regular normal home users or office users. So, we basically can scale down the technology on what we have into something that can fit in the everyday environment."

The article stated that the worldwide spending on ink cartridges and toners is worth $14 billion. The environmental impacts of the industry are also serious as not more than 30 percent of all cartridges end up in recycling, while it takes 450 years for a cartridge to decompose in the nature.