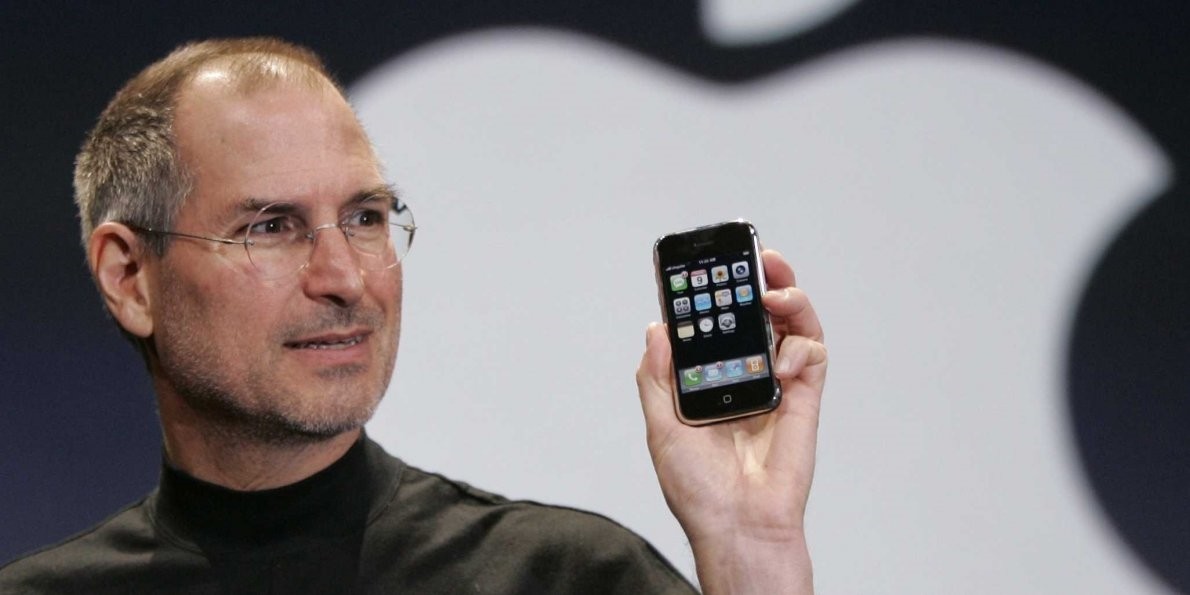 The smartphone continues to change the world a decade after the debut of the iPhone, even as Apple is under pressure to come up with a new wonder. People now use handsets as screens inserted into headsets for exploring fantasy realms

The iPhone - introduced by late Apple co-founder Steve Jobs on January 9, 2007 - set the stage for mobile computing and an entire industry revolving around it. The handsets built on successful iPod digital music players and featured touch screens at a time when the smartphone market was ruled by BlackBerry devices with keypads. Jobs billed his smartphone approach as blending liberal arts, design and technology. What was not obvious at the time was how iPhone's focus on apps would send people rocketing along a path to tweeting, Snapping, Pokemon Go, live streaming video, and more.

"Apple gets credit for the apps that brought the mobile computing platform to your pocket," Gartner analyst Brian Blau told AFP at the Consumer Electronics Show that ends Sunday in Las Vegas.

"Today, it is hard to make a consumer electronics product without [internet] connectivity."

Smartphones are even playing a big role in the virtual reality trend, with people using handsets as screens inserted into headsets for exploring fantasy realms.

Apple does not attend CES. But its trend-setting power is felt here from cars boasting "infotainment" systems that sync with iPhones, to smart-home networks controlled by mobile apps and rival smartphones mirroring iPhone features.

"The iPhone changed the world because mobile computing is now part of everyone's daily life," Blau said. The iPhone, in a way, was a seed around which the consumer electronics industry has crystalized, according to Maxwell Ramsey of mobile phone news website phoneArena.com.

"It's pretty remarkable what it did," Maxwell said of the iPhone.

Putting the internet in people's pockets, and on tablet computers, has profoundly changed the way people watch films, get news, socialize and work. Insiders at the CES trade show cited the iPhone as the main impetus for the revolutionary shift to mobile computing lifestyles.

"It turned the industry on its head," Maxwell said at CES."It figuratively destroyed a lot of companies, and changed the landscape." The iPhone powered Apple's money-making machine, but sales began to decline last year in the increasingly saturated and competitive smartphone market. Apple chief executive Tim Cook and other top executives saw their compensation for 2016 cut because internal income targets were missed, according to a filing Friday with U.S. regulators.

"The two financial measures used to evaluate executive performance under our annual cash incentive program, net sales and operating income, declined from our record-breaking 2015 levels," Apple said in the filing.

"These results were below the target performance goals."

Apple's profit in the quarter ending September 24 slumped on a widely expected drop in iPhone sales, but gains in services offered optimism on company efforts to curb dependence on its smartphone. Apple is to release performance figures for the recently ended quarter on January 31. Apple has been working to make more money from services and apps.

The iPhone maker said its App Store had its busiest single day ever on New Year's Day, capping a record-breaking holiday season for the online shop. Since the App Store launched in 2008, developers have earned more than $60 billion from software creations tailored for Apple devices, according to the company. Meanwhile, eyes are on Apple for its next "big thing" in the face of worry that the company lost its innovative mojo with the passing of Jobs in 2011. Rumors of projects in the works include a self-driving car.

"I think they will have a next big thing," analyst Blau said. "But the future of the company will rely on smaller innovation. And there is nothing wrong with that kind of a business."
RELATED TOPICS