Yahoo to change name, trim board if Verizon deal gets done 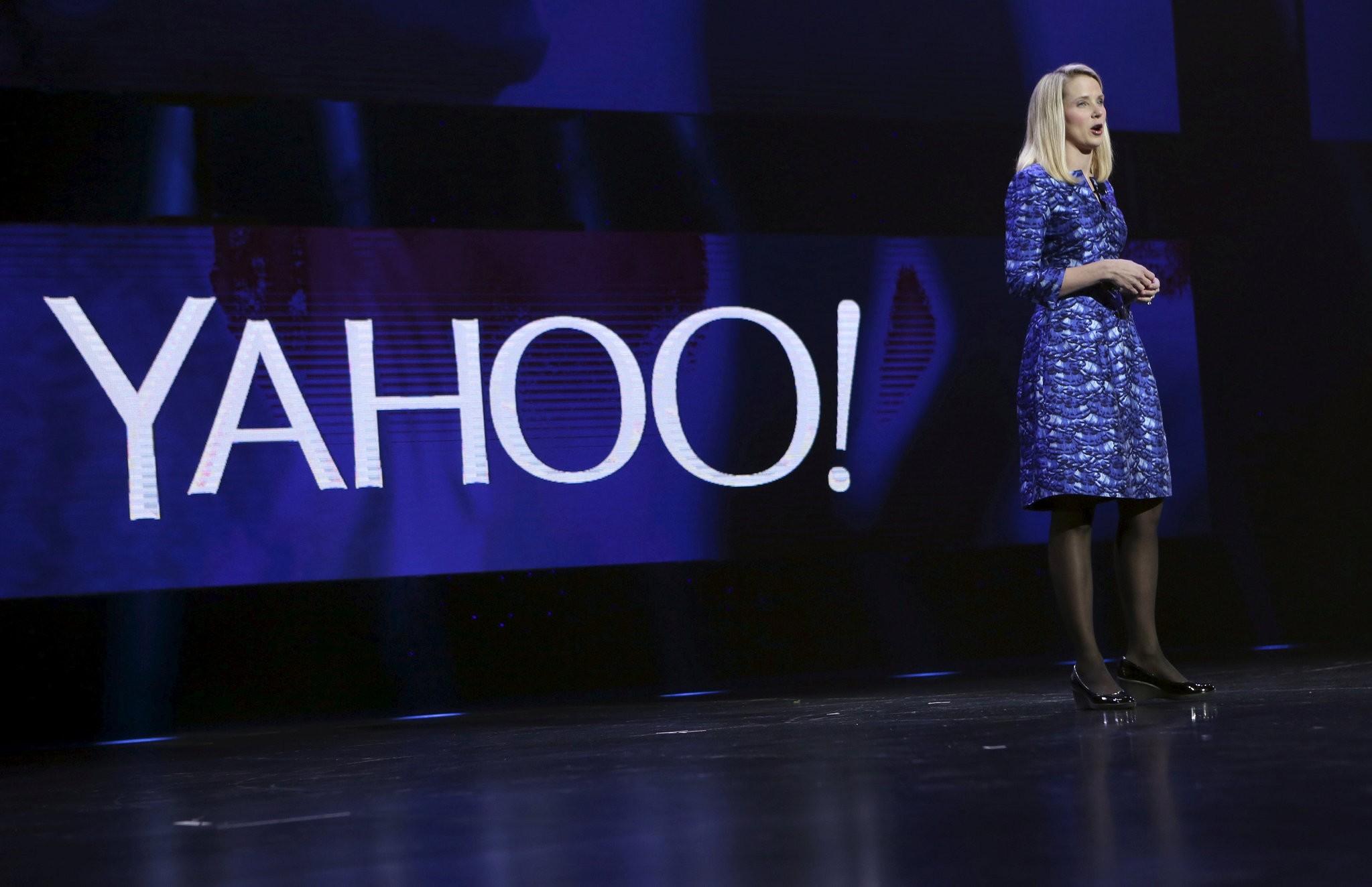 The struggling internet pioneer plans to change its name to Altaba Inc. after it turns over its email, websites, mobile apps and advertising tools to Verizon and slash the size of its board including CEO Marissa Mayer

Yahoo confirmed on Monday that chief executive Marissa Mayer will quit the company's board after its merger with Verizon. Mayer is expected to remain with Yahoo's core business, which is being bought by the U.S. telecom titan. Yahoo is selling its internet operations as a way to separate that from its more valuable stake in Chinese internet giant Alibaba. The share-tending entity, to be renamed Altaba, Inc., will act as an investment company with its board reduced to five members, according to a filing with the Securities and Exchange Commission. Yahoo co-founder David Filo and Mayer will be among those resigning from the board, according to the filing. When asked what role Mayer will play after the merger with Verizon, the company referred AFP to a Tumblr post from July, after the deal to sell the company's core operations was announced.

"For me personally, I'm planning to stay," Mayer said in the post.

"It's important to me to see Yahoo into its next chapter."

Yahoo said in December that personal data from over a billion users was stolen in a hack dating back to 2013 - twice as big as another breach disclosed just three months earlier. Verizon said in a statement last month that it would await further news of the investigation before making any decision.

"As we've said all along, we will evaluate the situation as Yahoo continues its investigation," the statement said. Verizon had said the prior breach was likely "material," meaning it could allow the telecom giant to scrap the deal or lower its offer.The filing on Monday noted risks faced by the company, including that Verizon might assert claims or renegotiate terms "as a result of facts relating to the security incidents disclosed."

The breaches came as a further embarrassment to a company that was one of the biggest names of the internet but which has failed to keep up with rising stars such as Google and Facebook.Yahoo, after a series of reorganizations, decided late last year to sell its main operating business as a way to separate that from its more valuable stake in Chinese internet giant Alibaba.Yahoo's plan would place its main operating business within Verizon, which has already acquired another faded internet star, AOL.The remaining portion would be a holding company with stakes in Alibaba and Yahoo Japan.Yahoo's valuation hit $125 billion during the dot-com boom, but it has been losing ground since then despite several efforts to reboot. In the mid-1990s, Yahoo was among the most popular destinations on the internet, helping many people navigate the emerging web.

It became the top online "portal," connecting users to news, music and other content. But its fortunes started to fade when Google began to dominate with its powerful search engine.
Last Update: Jan 11, 2017 1:08 am
RELATED TOPICS