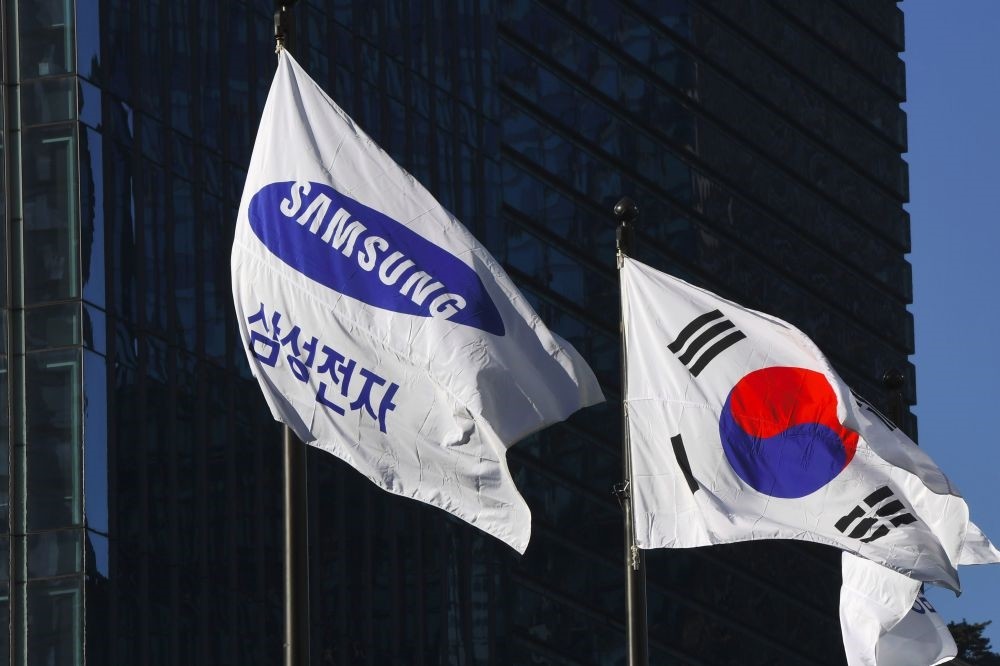 by French Press Agency - AFP
Jan 18, 2017 12:00 am
Major industrial firms are so intertwined with power in South Korea that citizens joke they live in the "Republic of Samsung." Now the heart of that republic is in the eye of a political storm. The family-run conglomerate is still reeling from last year's Galaxy Note 7 recall, its patriarch is on his death bed, and prosecutors on Monday sought the arrest of his son and heir on charges of bribery, embezzlement and perjury. When Lee Jae-Yong emerged from a marathon 22-hour questioning session last week, his taut, fixed hint of a smile gave nothing away, seemingly characteristic of the electronics giant's opaque leadership.

"There is this widespread perception that the Lee family is above the rule of law," said Shim Jung-Taik, an author of several books on Samsung and its corporate culture.

"Many South Koreans hope that prosecutors investigating the case will prove that wrong," he said. Samsung, whose turnover is equivalent to a fifth of South Korea's GDP, is one of several sprawling conglomerates, known as "chaebols", that dominate the country's economic landscape. The chaebols are credited with powering Seoul's state-directed growth in the 1970s and 80s, pulling the war-ravaged nation out of poverty. But critics say their founding families run them less as global firms and more as private fiefdoms that enjoy deep-rooted ties to the government.When millions of people took to the streets to demand the ouster of now impeached President Park Geun-Hye in the latest bribery scandal, they also demanded the paymasters be punished. "Street rallies of unprecedented magnitude apparently convinced lawmakers and prosecutors that they could no longer ignore the public anger over corporate corruption," Shim told AFP.

Lee, vice chairman of flagship subsidiary Samsung Electronics, was hauled in over accusations he bribed Park's secret confidante Choi Soon-Sil with nearly $40 million to seek policy favours. If convicted he could been sentenced to several years in prison, but powerful businessmen have previously met lenient fates in South Korean courts. Lee's own father, Samsung's longtime patriarch Lee Kun-Hee, who is credited with turning the once-obscure manufacturer into a global powerhouse, was found guilty in 1996 of bribing former President Roh Tae-Woo. He was given a suspended jail term, but received a presidential pardon a year later. Lee senior was convicted of tax evasion and breach of duty in 2008 for creating secret slush funds worth billions of dollars - again receiving a suspended jail term and another presidential pardon.The Lee family directly own only five percent of Samsung shares but control the group via a complex web of cross-shareholdings between group subsidiaries. Samsung allegedly bribed Choi to secure a state approval for the controversial merger of two Samsung units in 2015, seen as a key step to ensure a smooth succession for Lee.