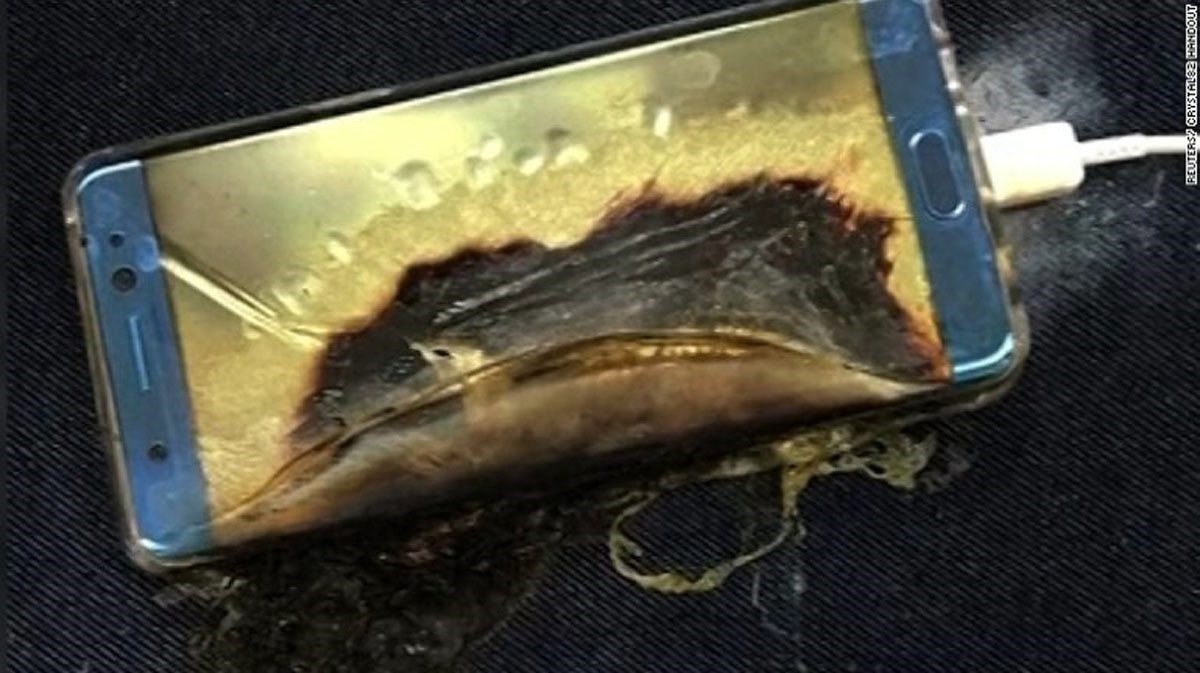 The South Korean conglomerate was forced to discontinue its flagship Note 7 after a chaotic recall that saw replacement phones also catching fire, with the debacle costing the company billions in lost profit and reputational damage.

Samsung is set to unveil the results of its investigation Monday, but sources told the WSJ that the findings indicated some of the problematic batteries were irregularly sized, causing overheating, while others had manufacturing problems.

Samsung announced a recall of 2.5 million units of the oversized Galaxy Note 7 smartphone in early September after several devices exploded or caught fire.

When replacement phones also started to combust, the company eventually decided to kill off the Note 7 for good.

The company blamed faulty batteries made by an unnamed supplier -- widely believed to be its sister company Samsung SDI.

Initially, the WSJ said, Samsung officials believed the problem was limited to batteries made by the Samsung affiliate, and recalled those devices while boosting production of smartphones carrying batteries made by Hong Kong-based Amperex Technology Ltd. to replace recalled devices.

The probe found that the issue with the batteries from Samsung SDI was an irregularly sized battery which did not fit the phone properly which then caused overheating, the WSJ said.

In the batteries made by Amperex Technology Ltd. the flaw centred on a manufacturing issue resulting from the quick ramp-up in production of replacement phones, the WSJ said, without specifying what the problems were.

The recall fiasco has taken a major toll on the reputation of the world's largest smartphone maker, which has promised a "complete reform" of the firm's overall production and quality control process to prevent another crisis.