Snapchat IPO expected to generate $3B in Wall Street 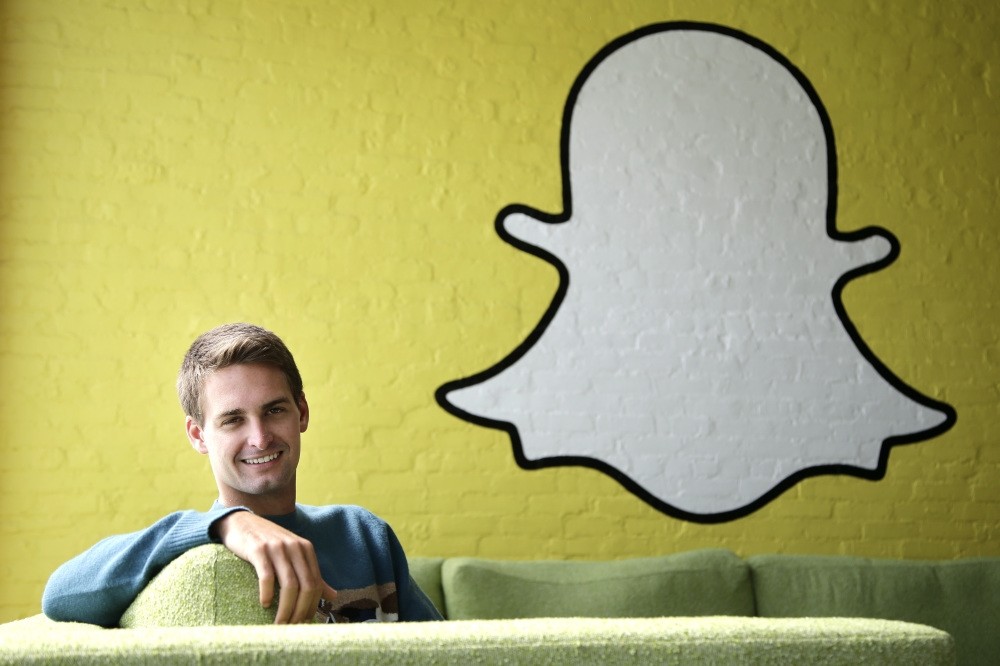 Snapchat CEO Evan Spiegel poses for a photo in Los Angeles. Owner of the ephemeral message service Snapchat, seeks to raise up to $3 billion in an initial public offering.
by Associated Press Feb 04, 2017 12:00 am

Snapchat seeks to raise up to $3 billion in a keenly anticipated Wall Street debut. It is expected to be one of the biggest tech company IPOs in recent years with a valuation likely to top $20 billion

The company behind Snapchat, a teen-oriented social network famous for its quickly disappearing messages, has filed for what could be one of the largest tech IPOs in years. Snap Inc. said that it's seeking up to $3 billion in an initial public offering, a figure that could shift based on investor demand. That demand will help determine the price per share sought by Snap in the upcoming weeks. Snapchat has millions of users, and Snap has built a thriving ad business on it. But the company has also made a lot of money -nearly $900 million -disappear in the past two years.

The fast-growing social network for the younger set boasts 158 million daily users. It lets people send photos, videos and messages that disappear a few seconds after viewing. It was created in 2012 by Evan Spiegel, who dropped out of Stanford University just three classes shy of graduation to focus on the app. Spiegel, 26, is poised to become a multibillionaire, along with his former fraternity brother at Stanford, Robert Murphy, 28, who is also a company co-founder. Each man owns 227 million shares of Snap stock, which was valued at $30.72 per share nine months ago when the company raised $700 million from a group of investors, according to its IPO documents filed Thursday. If Snap can fetch the same price in its IPO, Spiegel and Murphy each will be worth $7 billion.

Snapchat could have died a quick death as a "sexting app," but Spiegel showed a knack for adapting to users' whims and demands, just as Facebook has over the years. This, as both companies have discovered, is key to outlasting social media fads. Snapchat is no longer just about disappearing messages. Over the years, it has added a "Discover" section where a diverse group of publishers -including People, the Wall Street Journal, CNN, Vice and Food Network -post video-heavy stories aimed at millennials.

Another feature, "Stories," lets people create a narrative from messages, videos and photos from the past 24 hours. It's so popular that Facebook's Instagram now has a version of it, too. And then there's goofy "Lenses," which lets people add animated overlays to photos and videos -animals, for example, or flower crowns and sparkly eyes. The company came under fire a couple of times for adding filters many saw as racist. The highly anticipated IPO is expected to be the one of the largest since Alibaba Group went public in 2014.

But Snap is better known than the Chinese e-commerce company, and so draws comparisons to the IPOs of Facebook and Twitter. Facebook raised $16 billion when it went public in 2012. If its IPO matches the $30.72-per-share price obtained in its last round of financing, Snap would have a market value of about $30 billion, based on the quantity of outstanding stock listed in its IPO documents. Snap had revenue of $404.5 million in 2016, up from $58.7 million in 2015. Its net loss was $514.6 million last year, up from $372.9 million the year before. Facebook, on the other hand, was profitable in 2011, the year before its IPO, with net income of $1 billion. Twitter has never turned a profit. Snap stockholders must also evince near-complete trust in the business acumen of Spiegel and Murphy. The co-founders will have controlling power over all matters at Snap through a special class of stock that gives them 10 votes for every share they own. The stock being sold in the IPO has no voting power, while another class has one vote per share.