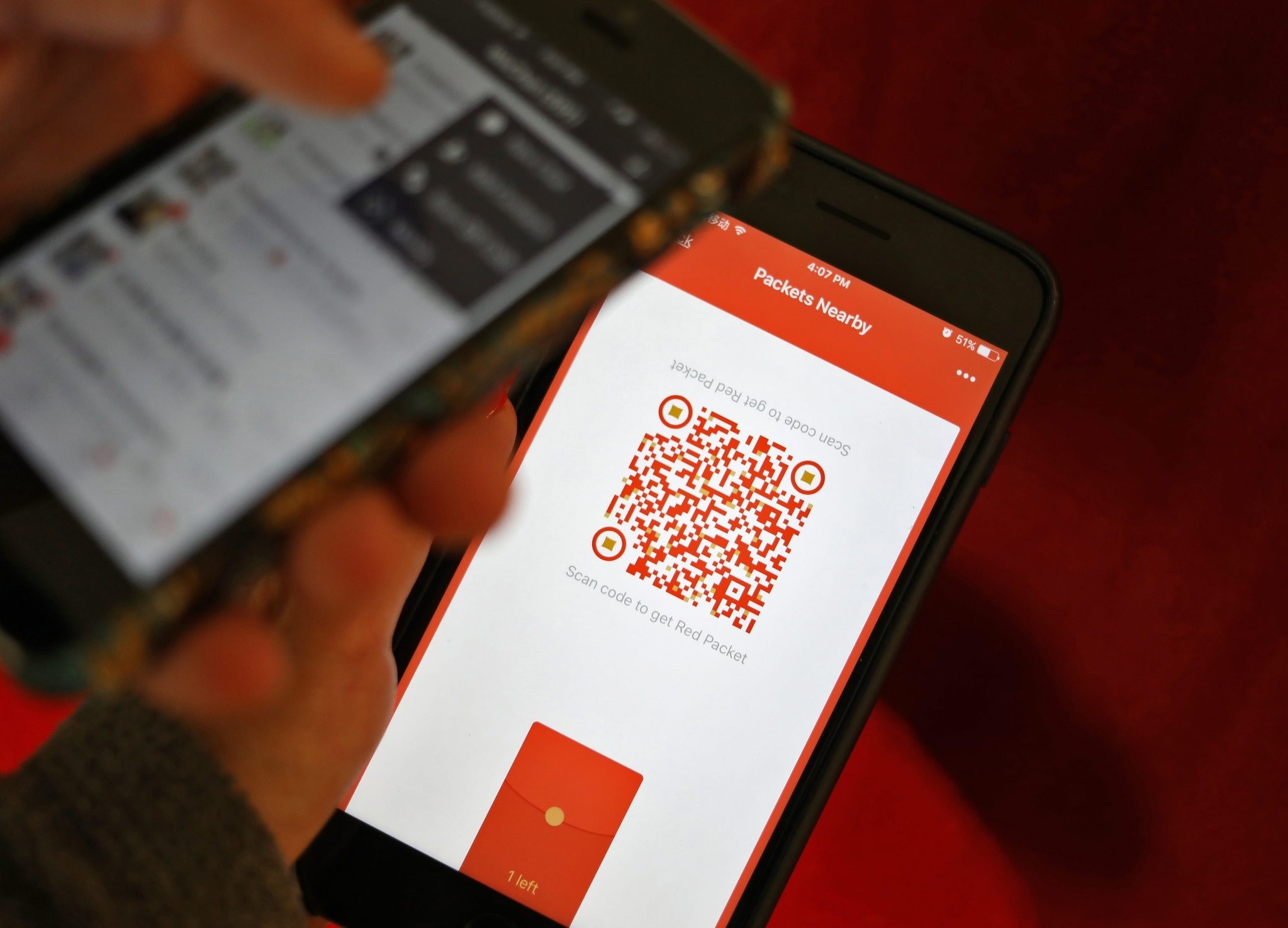 A photo illustration of a WeChat user scanning a QR code to retrieve a digital red envelope on the WeChat app on a mobile phone during the Chinese New Year period in Beijing, China, 30 January 2017. (EPA Photo)
by Feb 04, 2017 12:00 am

China has a long tradition of giving red packets during the Lunar New Year, which fell on Jan. 28 this year.

Internet giants such as Alibaba Group Holding have promoted the use of virtual red packets, also known as "hongbaos", to grow business in the country's booming mobile payment market.

The number of digital red packets sent via WeChat, owned by Alibaba rival Tencent Holdings Ltd, rose 43 percent in the Jan. 27 and Feb. 1 period compared with a year earlier, according to Xinhua.

People in the provinces of Guangdong, Jiangsu, Shandong and Hebei led the red packets mania, Xinhua said. South Korea saw the most spending using WeChat Pay by Chinese travelers outside of mainland China, a Tencent spokesman told Reuters by email.

Since its launch in 2011, WeChat has become China's most popular mobile social media platform. Besides sending text, audio and video message for free, users can also use the WeChat digital wallet to pay utility bills, make donations and buy plane tickets.