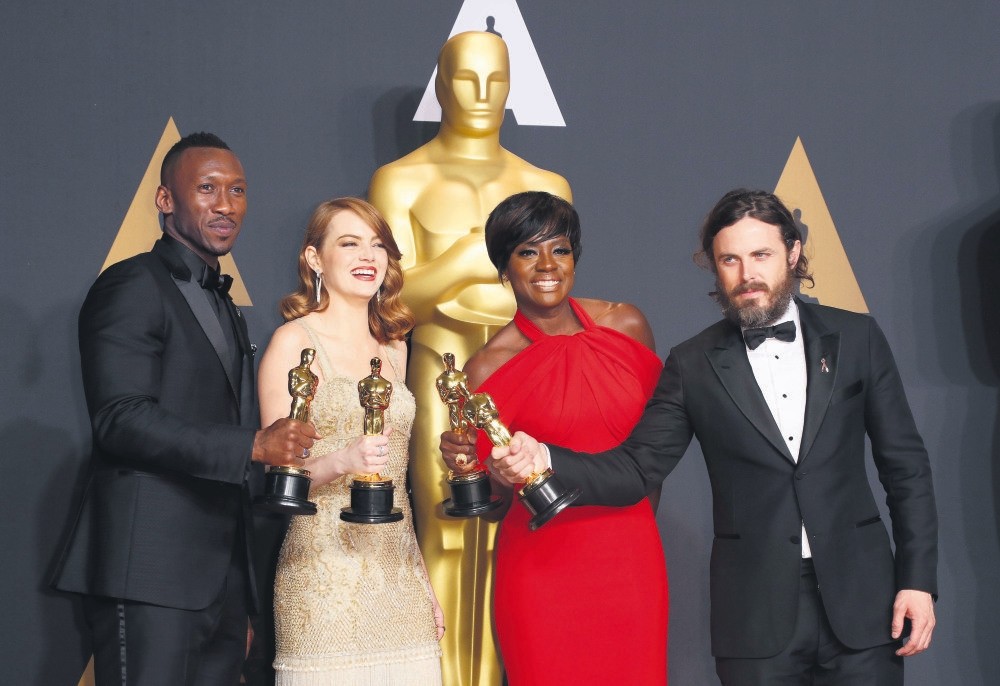 Amazon won two Oscars for gritty family drama ‘Manchester by the Sea,' and also scored an Oscar for Iran's ‘The Salesman', while Netflix triumphed for best documentary short ‘The White Helmets'

In a first for the streaming industry, Amazon Studios and Netflix walked away with Oscars, underlining their emergence as major players in the entertainment business. Amazon won two Oscars Sunday for gritty family drama "Manchester by the Sea," which collected statuettes for best original screenplay and best actor (Casey Affleck). The studio also scored an Oscar for Iran's "The Salesman," which won for best foreign language film.

Netflix, the main rival of the e-commerce giant's streaming video arm, for its part triumphed for best documentary short "The White Helmets," which it produced and distributed. Both wins marked a huge milestone for streaming companies as they seek to solidify their standing in Hollywood, directly threatening the hegemony of major studios.

Netflix, which is based in Silicon Valley, said on Monday it was "thrilled" about the win for "The White Helmets," which chronicles the work of rescuers in war-torn Syria.

"One of the great things about entertainment is just being able to connect people to stories," Reed Hastings, Netflix's CEO told the Mobile World Congress, the phone industry's largest annual trade fair, in Spain.

Amazon founder and CEO Jeff Bezos, who attended the Oscars ceremony, also tipped his hat to the winners of "Manchester by the Sea" in a series of tweets. The movie had also been nominated for best picture - a first for a digital streaming service. Bezos good-humoredly laughed as Oscars host Jimmy Kimmel joked about retail giant Amazon's delivery service in his opening monologue.

"If you win tonight, you can expect your Oscar to arrive in two to five business days," Kimmel said, addressing Bezos. Amazon Studios and Netflix's wins come as streaming services have made a major push in recent years to carve themselves a place among Hollywood's bigwigs, spending billions of dollars on original content.

Netflix, which has about 86 million subscribers in 190 countries, has pushed forth with producing its own original TV shows like "House of Cards," and in 2015 released its first major feature film "Beasts of No Nation," which created some Oscars buzz but ended up being snubbed.

Unlike its rival Amazon, it has called for chains and distributors to show more flexibility in the way they allow titles to be viewed, pushing for movies to be made available online the same day as they hit theatres. Cinema chains, however, have resisted this business approach on grounds it would drive down ticket sales.

Amazon Studios, which spent $10 million last year to acquire the rights to "Manchester by the Sea," has adopted a different approach as it courts Hollywood, releasing its films in theaters before they are made available to subscribers.

Both companies this year descended with big cash on the Sundance Film Festival in Utah, snapping up new films and documentaries to bolster their streaming services and driving up the prices at the prestigious event that showcases independent movies.
RELATED TOPICS