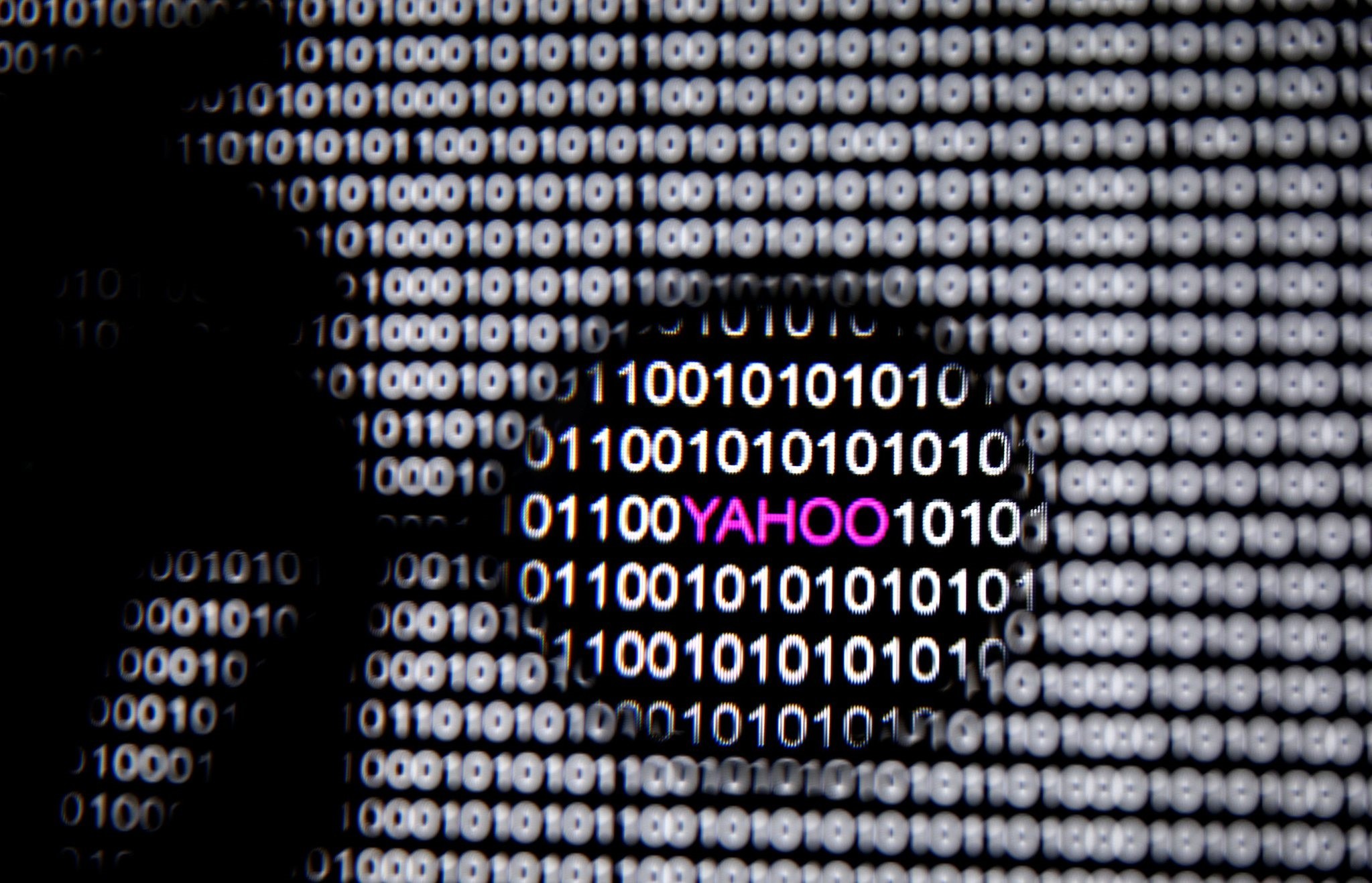 A photo illustration shows a Yahoo logo seen through magnifying glass in front of a displayed cyber code on December 16, 2016. (REUTERS Photo)
by Compiled from Wire Services Mar 15, 2017 12:00 am

Two Russian intelligence agents and two hackers have been charged in a devastating breach at Yahoo that affected at least a half billion user accounts, the Justice Department said Wednesday in bringing the first case of its kind against Russian government officials.

The hack targeted the email accounts of Russian and U.S. officials, Russian journalists, and employees of financial services and other businesses, officials said.

"We will not allow individuals, groups, nation states or a combination of them to compromise the privacy of our citizens, the economic interests of our companies, or the security of our country," said Acting Assistant Attorney General Mary McCord.

One of the defendants, Karim Baratov, has been taken into custody in Canada. Another, Alexey Belan, is on the list of the FBI's most wanted cyber criminals and has been indicted multiple times in the U.S. It's not clear whether he or the other two defendants who remain at large, Dmitry Dokuchaev and Igor Sushchin, will ever step foot in an American courtroom since there's no extradition treaty with Russia. The indictment identifies Dokuchaev and Sushchin as officers of the Russian Federal Security Service, or FSB.

But, McCord said, "I hope they will respect our criminal justice system."

The charges arise from a compromise of Yahoo user accounts that began at least as early as 2014. Though the Justice Department has previously charged Russian hackers with cybercrime — as well as hackers sponsored by the Chinese and Iranian governments — this is the first criminal case to so directly implicate the Russian government in cybercrime.

The announcement comes as federal authorities investigate Russian interference through hacking in the 2016 presidential election. One of the defendants, Belan, was among the Russians sanctioned last year following those hacking efforts, though U.S. officials said the investigations were separate,

Yahoo didn't disclose the 2014 breach until last September when it began notifying at least 500 million users that their email addresses, birth dates, answers to security questions and other personal information may have been stolen. Three months later, Yahoo revealed it had uncovered a separate hack in 2013 affecting about 1 billion accounts, including some that were also hit in 2014.

The two largest hacks, and Yahoo's much-criticized slow response and disclosure, forced a discount of $350 million in what had been a $4.83 billion deal to sell Yahoo's main assets to Verizon Communications Inc.

Rich Mogull, CEO of security firm Securosis, said the indictment "shows the ties between the Russian security service and basically the criminal underground," something that had been "discussed in security circles for years."

Mogull said he was surprised the Department of Justice was able to name specific individuals and issue the indictment.

"We've come to expect that you don't really figure out who performs these attacks," he said. The fact that the indictment ties together the FSB and criminals is a new development, he said. "It will be very interesting to see what comes up in court, and how they tie those two together."