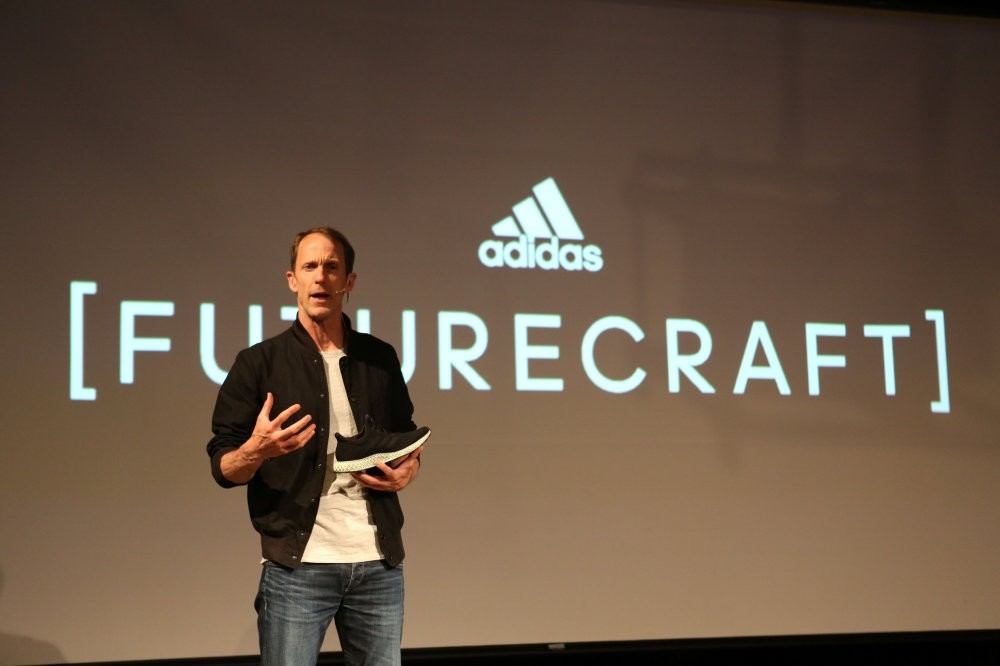 by Apr 08, 2017 12:00 am
Adidas launched a new sneaker on Friday with a 3D-printed sole that it plans to mass-produce next year, part of a broader push by the German sportswear firm to react faster to changing fashions and create more customised products. Adidas already lets people customise the colour and pattern of shoes ordered online but new 3D printing methods will make small production runs, limited edition shoes and even soles designed to fit an individual's weight and gait economical. Rivals Nike, Under Armour and New Balance have also been experimenting with 3D printing but have so far only used the technique to make prototypes, soles tailored for sponsored athletes and a handful of high-priced novelty shoes.

That's because traditional 3D printers are slower, more expensive and often create an inferior product than the injection moulds for plastic that are currently used to produce hundreds of millions of shoes each year, mostly in Asia. However, Adidas says its new partnership with Silicon Valley start-up Carbon allows it to overcome many of those difficulties to produce a sole that can rival one made by an injection mould, and at a speed and price that allow for mass production.

"This is a milestone not only for us as a company but also for the industry," said Gerd Manz, Adidas head of technology innovation, announcing the launch of its new "Futurecraft 4D" shoe. "We've cracked some of the boundaries."

Carbon, financed by venture firms such as Sequoia Capital as well as funds set up by General Electric and Alphabet's Google, has pioneered a technique that prints with light-sensitive polymer resin that is then baked for strength. Standard 3D printers build up products with layers of plastic powder, a method used by Hewlett Packard which is working with Nike and says its newest machines work 10 times faster and at half the cost than earlier models.

Adidas hopes to sell 5,000 pairs of its "Futurecraft 4D" this year, and 100,000 next year as Carbon cuts the time it takes to print a sole from the current hour and a half to as low as 20 minutes per sole. The shoes will sell at an unspecified premium price but Adidas plans to lower the cost as the technology develops. Late last year Adidas sold a few hundred pairs of running shoes with soles made by regular 3D printing for $333 but they were relatively rigid and heavy and took 10 hours to print.