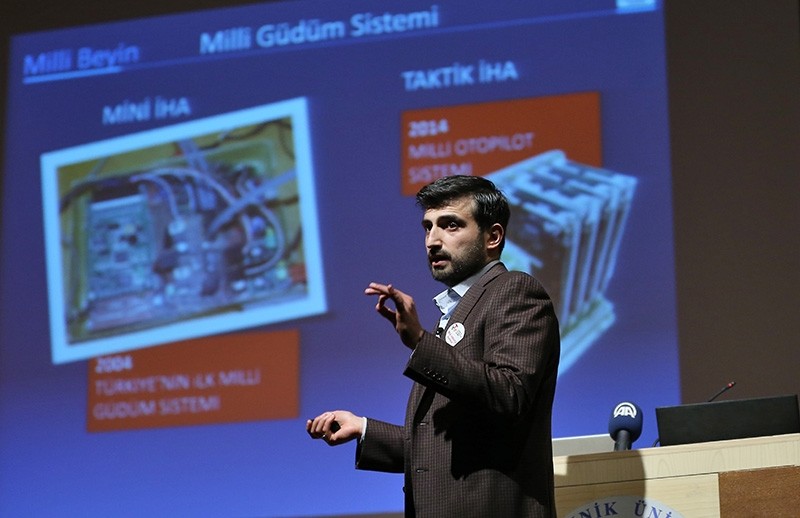 Turkey will transform its technology industry through local and unique concepts created by its own people, the Turkey Technology Team Foundation Board of Trustees member Selçuk Bayraktar said on Friday. Bayraktar emphasized the importance of local invention and creation, saying that this approach could be referred to as the "National Technology Move."

Speaking at an event organized at Istanbul Technical University entitled "National Technology Meetings," Bayraktar, who is the chief technical officer of Baykar Makine, the manufacturer of Turkey's domestically-made armed drone Bayraktar TB2, emphasized the importance of coming up with new, local ideas, rather than imitating others.

Bayraktar TB2 has been used as a surveillance drone by the military since 2014. The project is part of Turkey's efforts to satisfy its military needs through domestically produced weapons.

"We should not run after things that are imposed by some to market their own brands, steer the market to take it under control" Bayraktar told reporters, and added that Turkish initiatives should instead focus on surpassing the existing technology.

He continued by saying that the technology industry in Turkey can only be transformed by national and unique concepts, rather than copying other nations and added this is one of the reasons why they are against the use of "Industry 4.0" concept, as it was put forward by foreign companies.

Instead, he suggested that Turkey can refer to such transformation as the "National Technology Move," which will be compatible with the conditions in Turkey.

Bayraktar also highlighted that the Turkey Technology Team Foundation encourages technological initiatives by the youth and provides support for them.

Meanwhile, ITU President Mehmet Karaca noted that post-secondary education in Turkey is changing in this regard, as students now want to have hands-on experience rather than reading about what they are studying. He noted that there are currently 6,000 projects at the incubation center of ITU's Teknokent, which allows technology-based entrepreneurial companies to take advantage of the university's academic infrastructure.