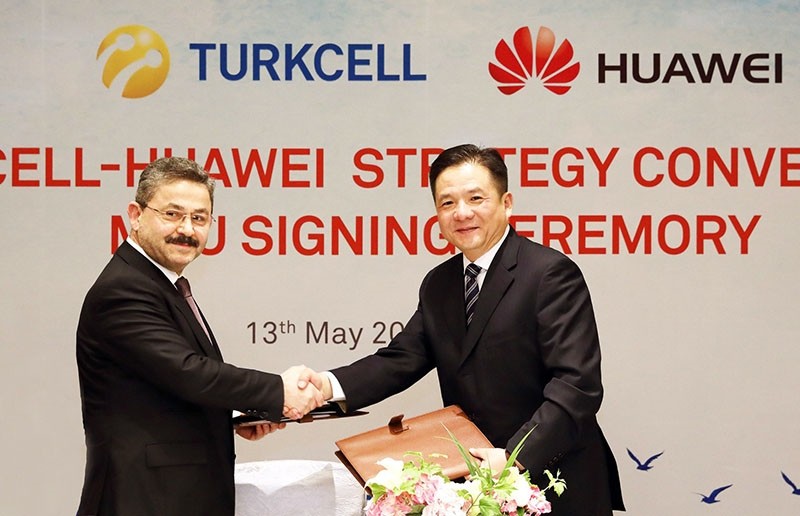 Both companies, which have been working together for two years on 4.5G and 5G technologies, signed a deal during President Recep Tayyip Erdoğan's recent official visit to China for the Belt and Road Forum. The signing ceremony was also attended by Ahmet Arslan, the minister of transport, maritime and communications of Turkey.

Turkcell Board Chairman Ahmet Akça said such long-term cooperation would see Turkey develop and produce its own technologies in every field.

"Owing to our trust in Turkey's strong economy and talented, young and dynamic human resource, we established our second-biggest software and research and development center in Turkey."

"We will increase our investments in this country," the Huawei executive added.

Founded in 1987 and headquartered in China's Shenzhen city, Huawei has 15 research institutes and centers and 36 joint innovation centers around the world.