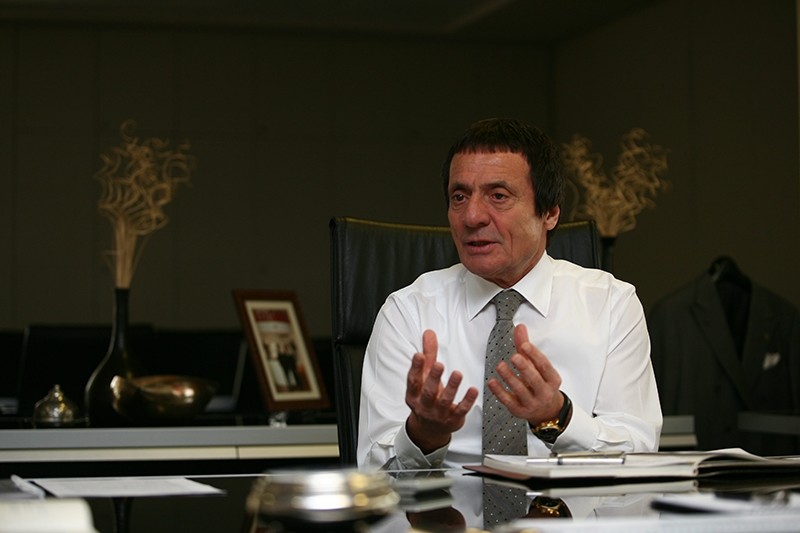 As news reports have hit the wires that Japanese technology giant Toshiba, hit hard by failures in the nuclear sector, is planning to sell its TV business, the name of a Turkish TV company is rumored to be a possible purchaser.

With Turkish giant Vestel's name being mentioned as a potential buyer of Toshiba's TV unit, Zorlu Holding Chairman Ahmet Nazif Zorlu said, "Talks are ongoing. We will be submitting bids next month. I hope we will win it. Prime Minister Binali Yıldırım also said that we have brand support. If both the state and the government support us, we will purchase the global brand."

Speaking to Anadolu Agency (AA) regarding Vestel's statement, Nazif Zorlu confirmed that the company is in the process of evaluating the acquisition of Toshiba's TV unit and that it is in talks on the company's growth strategy.

Stating that talks with Toshiba continue, Zorlu said, "If the government supports us, we will purchase the global brand." Highlighting the fact that being a brand is not easy, Zorlu said that China is very supportive in this regard right now, paying 3 billion or $2 billion and buying a brand or its factories. "We also need to do this. We need to grab some ready-made products and run," Zorlu added.

When reminded of his earlier statement, he said, "As a group, we can consider moving our production facilities to the eastern and southeastern regions in the mid- and long term," referring to the investment and development move towards the eastern and southeastern Anatolian regions announced by Prime Minister Yıldırım. Zorlu continued, saying, "We have prepared a feasibility study. We will submit this to the relevant parties. If it is feasible for us, we do not see a reason not to build factories in the east and the southeast."

'Turkey has become a brand in the field of home textiles'

Ahmet Nazif Zorlu stated that Turkey has become a brand in the field of home textiles and as Zorlu Group, they have a turnover of about $1 billion worth in textiles, adding that they are exporting to nearly 60 countries and that they have products with an export value up to $100 per kilogram.

Inviting businesspersons to give weight to innovation and research and development (R&D) and to produce better quality goods by discarding imitations, Zorlu stated that their textile exports reached $250 million in the last year and they aim to increase this figure by 10 percent in 2017.

Zorlu stated that they have been in the American market for about 20 years and that their targets for this market are growing daily.

He also said that they are in the Iranian market and that they will increase their targets for this market as well. "We may set up a factory there on the electronics side. We tried to do so on the textile side but today it is much more useful to sell ready-made products. On the electronics side, the sale of white goods is optimal. These are being discussed but only if we can find good partners there," Zorlu said.

Stressing that investments in the energy sector also continue, Zorlu said that they have a 235-megawatt (MW) wind power plant in Osmaniye in renewable energy and that these investments will continue in the solar and wind power sectors.

Zorlu noted that the Karayel unmanned aerial vehicle (UAV) continues to fly in the east and they will begin exports in this field, adding that they have plans to export Karayel to the Middle Eastern markets. He also added that they will "hopefully" start exporting Karayel this year.

Responding to the question of plans to return to the banking sector, Zorlu said, "No, we do not have banking in mind right now. We have a factoring company that operates."