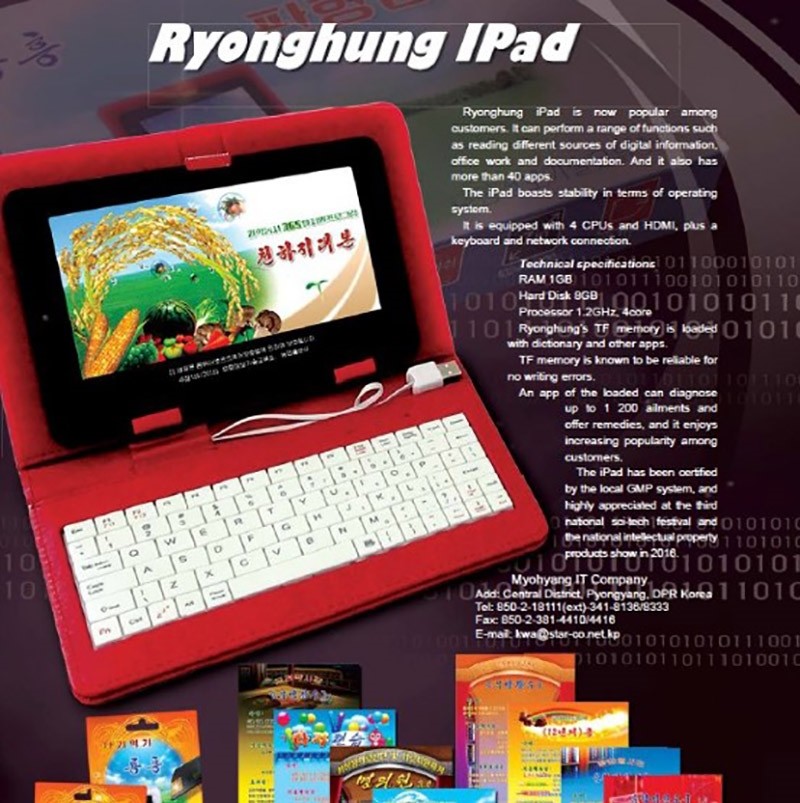 Myohyang IT Company, a North Korean tech company, released its own version of a tablet computer - the 'Ryonghung iPad.'

Unlike the Apple product that Ryonghung iPad is named after, the two gadgets have little in common.

According to an advertising campaign, this tablet is "popular among customers" despite only having 40 apps to choose from and 8GB of storage. 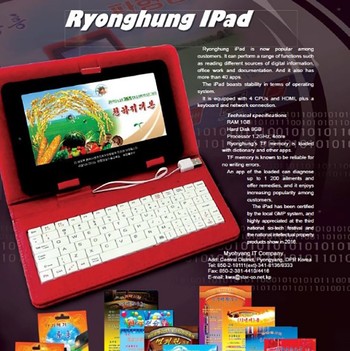 "[Ryonghung iPad] can perform a range of functions such as reading different sources of digital information, office work and documentation," the advertisement said.

Among the apps are a calculator, a dictionary and a farming app. There is also an app that comes on an SD memory card that can "diagnose up to 1,200 ailments."

The device reportedly made its debut at a North Korean intellectual property expo in 2016.

The Ryonghung iPad is also equipped with a 4 CPUs, HDMI and a keyboard.