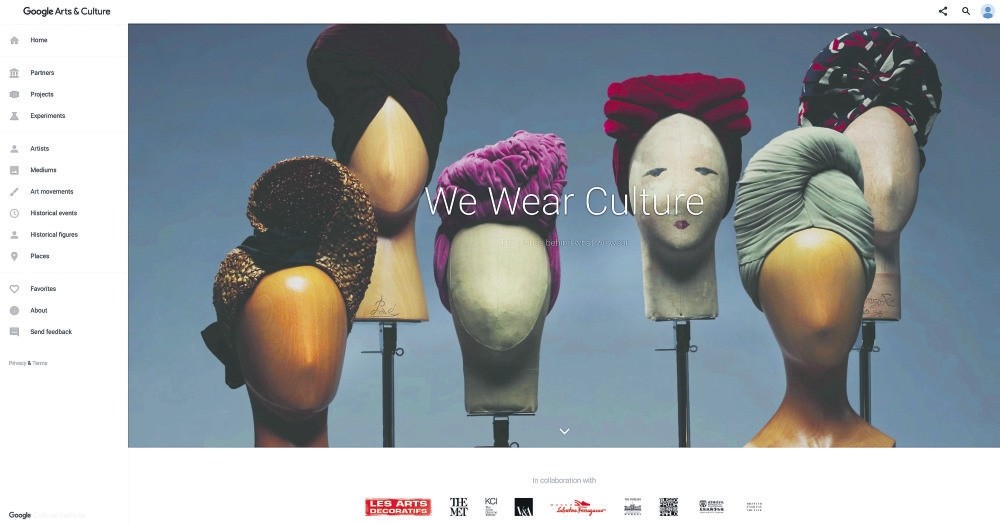 This screen image released by Google shows a section of the new Google project, u2018We Wear Culture.'
by Associated Press Jun 10, 2017 12:00 am

The new initiative , ‘We Wear Culture,' uses Google's technology to connect fashion lovers to collections and exhibits at museums and other institutions, giving them the ability to view a garment

Anyone who has waited on a long, snaking line to get into a fashion exhibit at a top museum knows just how popular they've become - and more broadly, how fashion is increasingly seen as a form of artistic and cultural expression. Google Inc. is acknowledging this reality by expanding its Google Art Project - launched in 2011 to link users with art collections around the world, online - to include fashion. The new initiative , "We Wear Culture," which launched Thursday, uses Google's technology to connect fashion lovers to collections and exhibits at museums and other institutions, giving them the ability to not only view a garment, but to zoom in on the hem of a dress, examine a sleeve or a bit of embroidery on a gown up close, wander around an atelier, or sit down with Metropolitan Museum of Art costume restorers.

The project partners with more 180 cultural institutions, including the Met's Costume Institute, the Victoria & Albert Museum in London, Japan's Kyoto Costume Institute, and the Musee des Arts Decoratifs in Paris. It comprises over 30,000 garments. The site also offers specially curated exhibits. You can click your way to, for example, a curated photo exhibit on Tokyo Street Style, or an exploration of women's gowns in the 18th century. You can search by designer, or by their muse - examining, say, Marilyn Monroe's love of Ferragamo stiletto heels, via the Museo Salvatore Ferragamo in Florence, Italy.

At a preview demonstration this week, Amit Sood, director of the Google Cultural Institute and designer of the Google Art Project (now called Google Arts & Culture) explained that he wasn't initially clued into the possibilities for fashion, because at the tech giant, "we all wear hoodies."

But, he said, collaborating with an institution like the Met showed him that "art and fashion have a long history together." The idea behind the new project, he said, is to tell the story - or rather, the multiple stories - behind fashion.

There are several virtual reality films included in the project. A 360-degree video displays the Met's conservation studio, with conservators explaining how they keep delicate clothing strong enough for display - one of them explaining, for example, how the team uses needles designed for eye surgeons.

It is the ultimate fragility of clothes, though, that makes the project appealing to museum curators, explained Andrew Bolton, the Costume Institute's head curator - whereas many garments are too delicate to be permanently displayed, digitizing a collection makes it viewable forever. The Costume Institute has provided 500 of the objects on display, noted Loic Tallon, the Met's chief digital officer.

Making a pitch to young users, the site also features YouTube personality Ingrid Nilsen in short videos, in which she explains the evolution of the hoodie, the choker, or colorful Japanese "Sukajan" jackets.