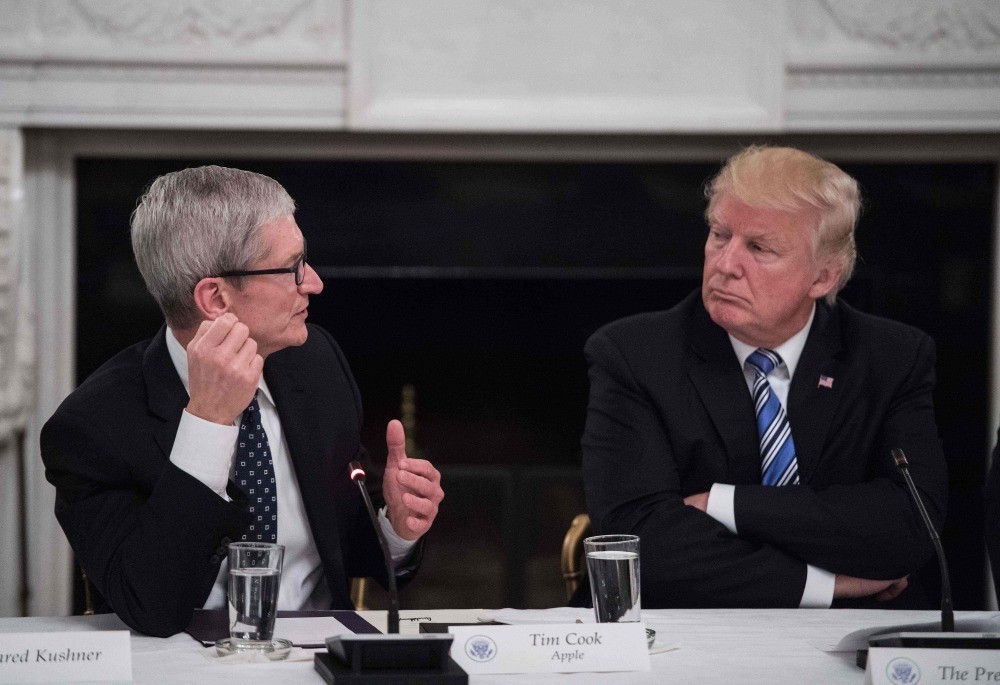 The White House on Monday urged technology CEOs to pitch in on President Donald Trump's effort to modernize government.

"Our goal is to lead a sweeping transformation of the federal government's technology that will deliver dramatically better services to citizens, stronger protection from cyberattacks," said Trump, adding that the possible changes could produce up to $1 trillion in savings over 10 years.

Apple CEO Tim Cook and Eric Schmidt, executive chairman of Google parent company Alphabet, were among those attending an afternoon of working groups on issues like technology infrastructure, cybersecurity and visas for foreign workers. Trump has spoken out against illegal immigration and signed an executive order banning travelers from six Muslim-majority countries, a source of tension with technology firms.

The administration drew a mix of flattery and policy requests from the assembled technology leaders and university officials. Cook, the Apple CEO, requested that computer coding be taught in every public school. Microsoft CEO Satya Nadella said workers need more skills for a technology-based economy. Amazon founder Jeff Bezos encouraged the government to use commercial technology to save money and develop artificial intelligence to improve government services. Venture capitalist John Doerr asked for the government to open up its databases to private firms, saying it would transform health care.

"If you set the data free, the entrepreneurs are going to do the rest," he told the president.

The gathering was the first event for a technology-focused effort within the White House Office of American Innovation, which seeks to overhaul government functions using ideas from the business sector. Several of the executives complimented Jared Kushner, senior adviser and son-in-law to Trump, and his wife, Ivanka Trump, the president's daughter and a senior adviser, for helping to drive the initiative.

Kushner cited some examples of the current technology infrastructure, noting the use of floppy discs in Pentagon "legacy systems." Some technology executives have clashed with Trump over his decision to exit the Paris climate accord. Leaders at Apple and Google were among the American corporate executives who appealed to the president to stay in the pact. Nearly 100 major technology companies -including Facebook, LinkedIn and Intel -also opposed the administration's travel ban in February.