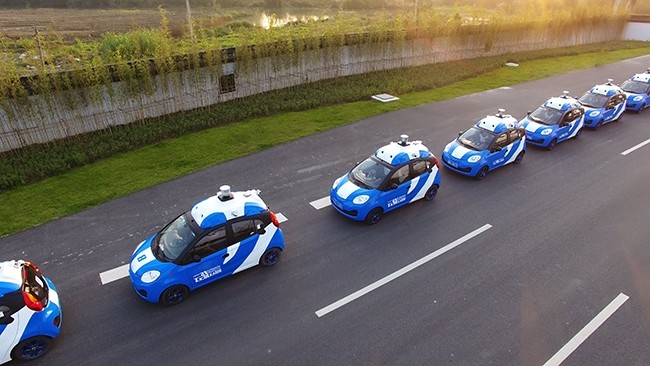 Baidu Inc, China's biggest search engine provider, is under investigation to determine whether it had broken any laws after its chief executive tested a driverless car on public roads, Beijing's traffic police said on Thursday.

The firm, China's answer to Alphabet Inc's Google, is taking a leading role in the development of self-driving cars in China and beyond. It unveiled a broad alliance for self-driving cars on Wednesday as it aims to get such vehicles on the road in China by 2019.

But Baidu may now face sanctions from local authorities after police said in a post on its official microblog that it was investigating whether there is any irregularity in using a driverless car on public roads.

"The police support technology and innovation of autonomous driving, but it should be conducted legally, safely and scientifically," Beijing traffic police said in its statement. Any violations of the law will lead to punishment, it said.

China has been catching up in the race to develop self-driving cars, helped by supportive regulation and Beijing's desire to shift to an economy driven by high-tech and consumer sectors rather than heavy industry and low-end manufacturing.

Baidu CEO Robin Li conducted a live video chat with participants of the firm's artificial intelligence conference on Wednesday, projecting him on a huge screen sitting in the passenger seat of a self-driving car while on Beijing roads.

The episode generated discussion online, with some questioning whether Baidu had permission to conduct the test, while others said the car appeared to violate traffic rules.

Others online hailed the test. "This ticket, if issued by police, will definitely be historic," wrote one.